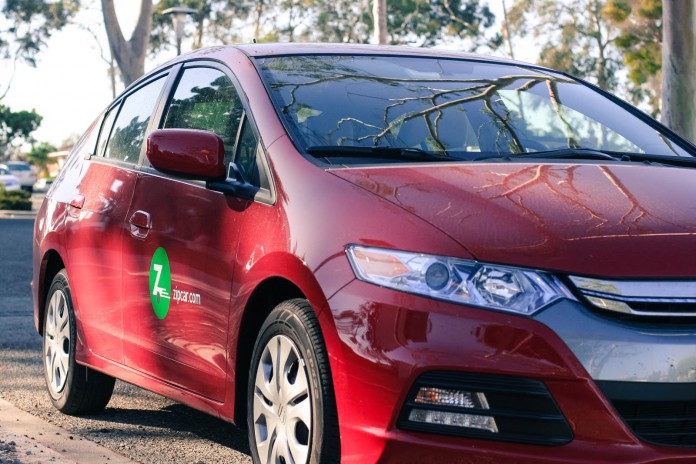 Ran two blocks down El Colegio in your flip-flops trying to catch the 24x, again? Dry cereal it is, because you won’t make it to Albertson’s and back before your next lecture, again?

Don’t worry, there’s an app for that.

For most students at University of California Santa Barbara, riding a bicycle excels as the cheapest and simplest way to go about campus and Isla Vista. But carrying a week’s worth of groceries in a bike basket seems almost impossible, and carrying them on the bus is just as insane—it was already an odyssey from your mom’s car to the fridge in one trip, and using public transportation is an entirely different story.

However, ever since Zipcar, the international car-sharing service came in the scene, students have been provided with an easier alternative transportation. With their app and its improvements, it’s even more convenient.

“I can easily reserve a car using my phone’s app,” says Eugene Ho, third-year economics major and Zipcar user for two years. “I mainly use Zipcar to get groceries with my housemates and we then share the rental cost. You just have to return the car on time, or you could potentially be fined $50 per hour and up to $150 per day.”

The app is completely free, and is available for Android smart phones and Apple iOS. The app allows its users to easily look for cars and book them within minutes, making the service even more accessible to those on the go. The feature also allows one to lock, unlock and even honk the car to locate it in a crowded parking lot (or just to show your annoyance at the guy cutting you off on the freeway). The app has been re-released this month with all the new features and updates mentioned above. It virtually transforms a user’s smart phone into a set of keys.

The procedure to sign up with Zipcar is straightforward: the student signs up online, the company runs a driving record check and once the individual is approved, they will immediately be able to start browsing for cars. After reserving a vehicle, the user scans their Zipcard or phone into the card reader in the windshield to unlock the door (the keys never actually leave the car) and voilá, they are ready for travel.

The innovative service also includes gas and insurance. Students can join for $35 and drive for $8 per hour on weekdays, and $9 per hour on weekends. In addition, the company has six different cars in the UCSB area: one by the Office of the Registrar, two parked by the Pita Pit in IV and two more stationed on Pardall Road in front of South Coast Deli.

“I feel like Zipcar would be great for emergencies,” says third-year electrical engineering major Gabriela Castro. “Ever since my car stopped working, I’ve had to go back to the bus…which only takes you so far. Zipcar seems like the great new excuse to go on little road trips with your friends and split the cost. And the app makes it even more enticing!”

Sure enough, Zipcar and its new app bring just another excuse for students to explore more of Santa Barbara beyond the boundaries of the 24x (and without two sweaty blocks of catching up to it when you miss it).