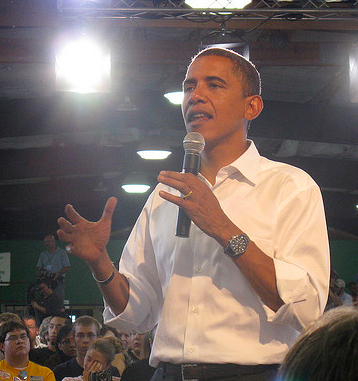 The United States of America is the one of the only three developed nations in the world that do not currently provide universal healthcare, according to the Organization for Economic Cooperation and Development. The other two are Mexico and Turkey. Nations with universal healthcare even include a few developing nations like Costa Rica and Kyrgyzstan.

The Patient Protection and Affordable Care Act, more commonly known as Obamacare, is the latest answer to a call for better healthcare for a greater number of Americans. A number of features of the Affordable Care Act are beneficial to students, including, but not limited to, increased access and affordability.

“The Affordable Care Act was a much needed reform to our health insurance system that ensures that people cannot be denied coverage due to preexisting conditions and cannot be kicked off their plans for being sick,” noted Erik Anciaux, fourth-year College of Creative Studies physics major and president of Campus Democrats at UCSB. “It also prohibits insurance companies from charging women more than men and allows young people to stay on their parents’ health insurance plans until they turn 26.”

These specific parts of the bill seem popular with Republicans and Democrats alike. In an interview with Meet the Press, Romney stated that he agrees with the idea that no one should be turned away because of pre-existing conditions and that he likes the idea of people being kept on their parents’ health insurance. At the Republican National Convention, Romney promised to repeal Obamacare on day one of his term if elected. He promises alternative health care reform to replace Obamacare founded strongly on these principles, similar to those he instituted in his home state of Massachusetts.

Obamacare also provides additional benefits that Governor Romney has not spoken out in support of. These benefits include additional healthcare services for women (including a provision that contraceptives such as birth control must be covered by healthcare providers, counseling for domestic violence, and HPV screenings), a mandate requiring that 80 percent of insurance premiums must be spent on subscribers and coverage of preventative services for children such as checkups and immunizations.

The Affordable Care Act also includes an individual mandate that requires every citizen to have health insurance or instead pay a one percent income tax. This provision of the bill was ruled constitutional largely because of the fact that it is a tax rather than an actual monetary penalty. This individual mandate is one part of the bill that opponents of Obamacare have specific issue with.

“An argument I hear a lot is that ‘Oh, everyone has to buy car insurance, but this is [when] you’re born, you need to buy health insurance,’” said Chris Babadjanian, a fourth-year political science major and president of the College Republicans at UCSB. “My mom travels the country and she meets people who don’t believe in American pharmaceutical medicine, they’ve got their own cultures. Despite the way you want your family and yourself to heal your body, you have to do it our way, our western medicine way.”

Babadjanian also stated that government programs are always costly to the taxpayer.

“Students, the younger people, the workface, we’re going to have to pay off this deficit,” said Babadjanian. “Every time the government adds a program, the middle class pays a lot of taxes.”

He expressed a very real concern that companies forced to provide more benefits for their employees would be less willing to bring in new hires. This is something that concerns students entering the workforce in a few short years.

There are a number of provisions of Obamacare have yet to be phased in—mostly conditions relating to the rights and responsibilities of individual states, tax credits for small businesses and some taxes for high income individuals such as a 0.9 percent tax on those making over $200,000 a year. Though some of the most popular benefits of the Affordable Care Act have already be

Can Fungi Save the Planet?