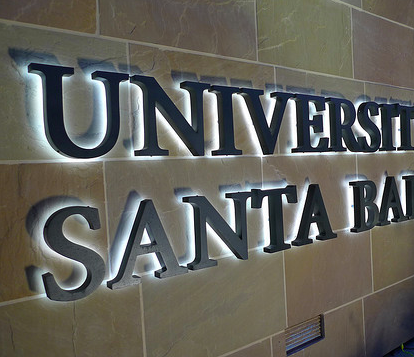 Sawyeh Maghsoodloo and Alejandro “Alex” Rodriguez, two students at the University of California Santa Barbara, are running together in the Nov. 2012 election for the offices of Director of Isla Vista Recreation and Parks District. Maghsoodloo is running for a two-year term while Rodriguez will be running for a four-year term. If elected, Maghsoodloo and Rodriguez hope to better represent university students and the Isla Vista community and meet their needs more effectively.

“The Isla Vista Recreation and Park District is a five-member board of elected Isla Vista residents that manage all 22 parks within Isla Vista’s one mile radius,” says ivcommunityalliance.org in the “What is IVRPD?” section. IVRPD is the only way the specific community of Isla Vista is represented, Maghsoodloo says. Its jurisdiction includes beach accesses and trails in addition to the parks. The board facilitates recreational programs such as youth activities, cultural enrichment, a family fun and fitness program and even a hiking and exploration club.

Maghsoodloo, a third-year political science major at UCSB, has had over seven years of experience in student government, including serving on the UCSB Senate of Associated Students for the 2011-2012 school year. She runs alongside Rodriguez, also a political science major, who begins his second year at UCSB. They are running with Pegeen Soutar, who was a member of the board from 1996-2004, and Jeffrey A. Bessmer, who has sat on the Board of Directors of six community businesses according to his statement of candidate found on sbcvote.com.  If elected, it will be the first time serving on the board for Maghsoodloo, 20, and Rodriguez, 19.

Both Maghsoodloo and Rodriguez include better park maintenance in their agenda and cite water shortage as a major issue for the parks in IV. They hold water conservation as the key to keeping our community parks’ natural beauty alive.

“I would push for water conservation with night time sprinkler programs, host Community Park clean ups and keep community gardens affordable,” said Rodriguez.  Additionally, Maghsoodloo argues that abandoned plans for park renovations need to resume. She uses the vernal pools located in the Devereux Slough watershed as an example, which are crucial for sustaining wildlife in the area. Water supply to these pools was recently shut off by the board, and the surrounding wildlife has since suffered. Lastly, according to Maghsoodloo’s statement of candidacy, she plans “to rejuvenate some of the Del Playa beach access points that are overgrown with shrubbery and left abandoned.”

Aside from environmental improvements, Maghsoodloo and Rodriguez advocate using the parks to bring the IV community closer together. Also in her statement of candidacy, Maghsoodloo proposes “reach[ing] out to local artists to increase art in our parks” as well as increasing the number of concerts by “encouraging bands to play on weekends via lower concert fees and more lenient decibel ordinances.” Rodriguez agrees that such activities will benefit the community and bring more diversity to IV. He said, “If our budget allows us, we can host more recreational activities such as concerts or BBQs, which foster participation from all members in our community.”

Soutar, who is a UCSB alumnus and raises her family in IV, said about the candidates, “They have lots of great ideas and enthusiasm, and I’ve enjoyed working with them on the campaign.”

Students are encouraged to visit ivcommunityalliance.org and ivparks.org to learn more, and may email sawyehmaghsoodloo@gmail.com and a_rodriguez02@umail.ucsb.edu for further information.