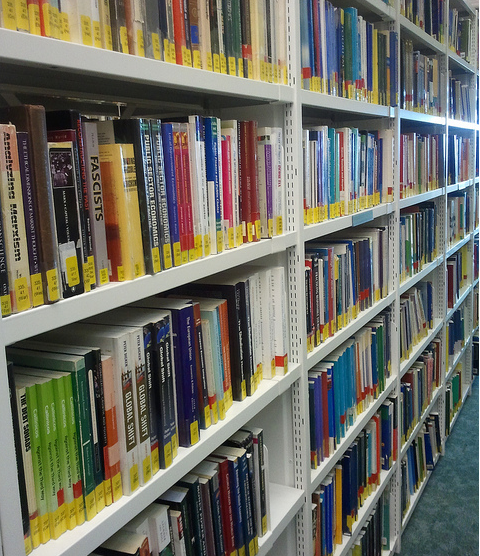 The UC negotiators have suspended merit increase, a salary increase awarded through a peer review process to librarians who excel in their fields, to one-third of UC librarians until they give up negotiating rights to health care, pension reform and other retirement benefits. While the current contract does allow for the suspension of merit increases during contract negotiations and has been implemented in previous negotiation sessions, the additional condition that bargaining rights be foregone was an unexpected turn for many UC librarians.

“Instead of making me want to give in to the University’s position on the collective bargaining agreement, instead of causing me to cave in to blackmail, this tactic just leaves me feeling unappreciated, undervalued and yes, angry,” said UC Berkeley School of Law Reference Librarian I-Wei Wang in a UC-AFT release, “It is an unsavory and utterly unfair measure aimed at precisely those librarians who, by being granted merit increases during this review cycle, have proven our extraordinary contribution to the mission of the University.”

Wang said the UC Office of the President is not denying merit increases in an attempt to help balance the budget in a shaky economic climate.

“It’s a blatant attempt to cut off negotiations and bind all of the academic librarians that serve this University by holding a group of us as economic hostages…I know I deserve a raise, and I want the money that I have earned. But I’m not going to submit to outright extortion in order to get it,” said Wang.

“They shouldn’t have to be working for the UC system,” said Segovia, “and have to give up their pension and health benefits because they rightfully have deserved their merit increase.”

The negotiations have had an effect on many of the librarians both on the UC Santa Barbara campus and across the UC system.

“It’s really a strategic error on the University’s part,” said UC-AFT Field Representative Bill Quirk, “in terms of its effectiveness and in terms of the morale issues that it’s causing within the library.”

For many UC librarians, the main attraction of the UC Office of the President lies in the health benefits and retirement plan, rather than salaries. Career librarians at UCSB make between $10,000 and $110,000 per year while 12-month librarians at CSU make between $60,000 and $106,000.  UCSB librarian Sally Weimer said that while she greatly enjoys her job, she worries about the future of the librarian staff if the salaries are no longer compensated with high quality health and pension benefits.

“The new proposal for reducing Medicaid benefits for retirees, that’s a huge change for the University. It’s going to make it hard to recruit and retain high quality librarians and faculty,” said Weimer. “We’ve lost maybe five or ten librarians in the last five years or so…I see the University as not admitting there’s a huge retention problem.”

Quirk believes this trend will continue should these reforms occur without librarians and the UCOP discussing and debating the adjustments.

“They have a plan they are going to be implementing in July of 2013 and that plan will significantly reduce retiree health care coverage in terms of premium coverage and things like that for the University,” said Quirk. “They want to get the employees to pay as much of the pensions costs as possible…Their strategy now is to carve off as many of the unions as they can.”

UCSB librarian Gerardo Colmenar said the negotiations have caused a stir amongst his colleagues but that he hasn’t seen a decrease in productivity and professionalism among them.

“It has a negative impact on some of my colleagues,” said Colmenar, “especially the ones that are deserving the merits and they don’t have them yet…They’re probably pretty upset but I don’t think they let the negotiations affect how they work. We have to keep the library going.”

While morale has reminded high, Colmenar agreed that the UC system would lose its competitive edge should these benefits be removed.

“It’s really important that the students and the people who work in the UC and the community realize the importance of this negotiation, not just for the librarians, but also for the other unions because while the salaries are already comparatively low, it’s the pension and the health status that really attracts people to work at UC campuses. If that is somehow diminished, then it becomes very problematic. Then what is the attraction to working on the UC campuses?”