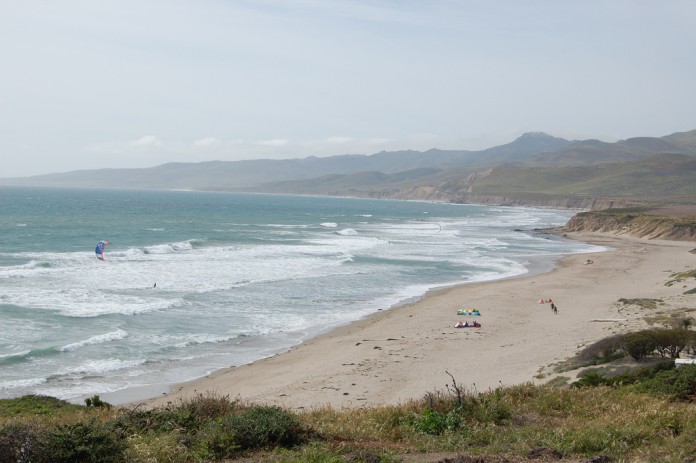 UPDATE: The shark that attacked Solorio’s upper torso was confirmed to be a great white, as confirmed by Sgt. Mark Williams of Santa Barbara County.

A 39-year-old man was fatally attacked by a shark while surfing at Surf Beach in Lompoc Tuesday morning, making national headlines by the end of the day.

A friend of the victim performed cardiopulmonary resuscitation on Solorio after rescuing him from the waters off of Surf Beach, while another called 911 at 10:58 a.m.

Bite marks were visible on both the victim’s upper torso and his surfboard, said a spokesperson for the Santa Barbara County Sheriff’s Santa Maria substation.

The Vandenberg Fire Department took over CPR after arriving, according to a statement from the Vandenberg Air Force Base, followed by assistance from respondents from Santa Barbara County.

Three other surfers were in the water at the time.

Surf Beach access is closed indefinitely. Vandenberg Air Force Base Officials request that the public avoid the area, according to a statement from base.

This is the second death by shark attack at Surf Beach in two years. Lucas Ransom, a 19-year-old UCSB chemical engineering major, died body-boarding after a great white shark appeared out of nowhere and ripped his leg off at the pelvis, according to the Los Angeles Times. UCSB’s $4,000 Lucas Ransom Scholarship is offered to economically disadvantaged students pursuing degrees in chemical sciences. This year’s scholarship was awarded to two UCSB chemistry majors set to graduate in 2013.