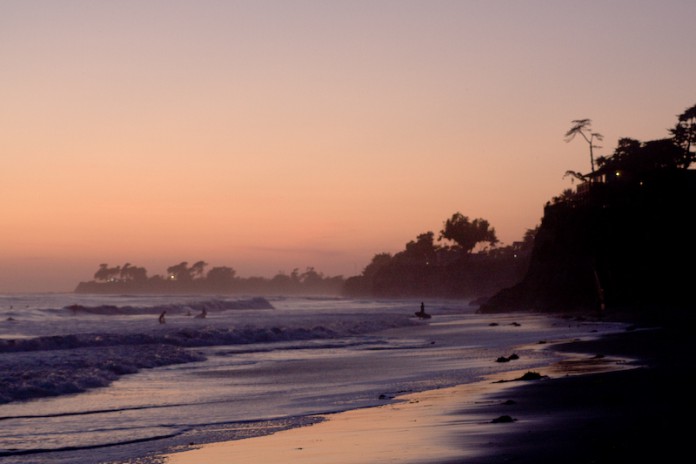 Early Wednesday, Oct. 3, University of California Santa Barbara Police responded to reports of a sexual assault that took place on the beach near the end of Del Playa Drive.

The victim and the suspected assailant met at a party on the night of Oct. 2. Between 11:30 p.m. and midnight, the pair retreated to the beach west of Camino Majorca Road to spend some time alone when the assault occurred. The suspect, described as a white, college-aged male, was approximately 5 feet 10 inches tall with a medium athletic build, sporting brown hair, brown eyes, a t-shirt and long pants.

UCSB Police were called at approximately 2:30 a.m. on Wednesday morning, and met the victim at Goleta Valley Cottage Hospital. Police declined to comment on the victim’s welfare out of respect for her privacy, but she made it through the incident and is working with authorities to track down the man responsible.

“Any type of assault, and especially a sexual assault, is very traumatic,” said Sergeant Rob Ramiro of the UCSB Police Department, “But she’s doing as well as you could expect.”

While the suspect is still at large, the incident is under ongoing investigation by UCSB police. The authorities are still working off the same description of the perpetrator and are seeking out more information in order to apprehend him.

“We’re still working with the survivor to get more details to finding out who this person is and get an arrest made,” explained Ramiro.

Police have urged anyone possessing information about this event to call the UCSB Police Department at 805-893-3446 or to anonymously contact Crime Stoppers at 1-877-800-9100.