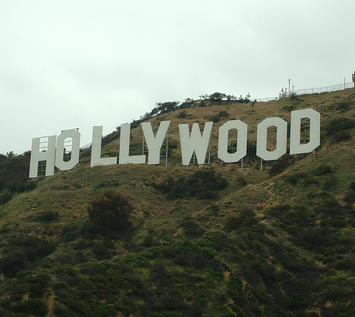 Over the last few years Hollywood has been adapting one novel after another. Combine this with the endless stream of movies based on comic books, and it would appear there is a definite lack of screenwriters in Los Angeles with an original idea in their head. Or perhaps there are too few investors brave enough to take a chance on something new. The problem isn’t just a lack of originality; by applying the typical Hollywood formula to a novel, they’re often missing the entire point of it.

“Fear and Loathing in Las Vegas” is admittedly a fantastic film adaption, but the latest Hunter S. Thompson book converted to the big screen is nowhere near as exhilarating, interesting or funny. “The Rum Diary,” released last year, also stars Johnny Depp and his performance is solid. The problem isn’t the actors or the writing; it’s that the book is comprised of a series of moments, which does not translate well in to film. It is not the same drug-induced, adrenaline ride as “Fear and Loathing,” but it tries a similar style. The result isn’t a bad movie, it’s just too slow paced, non-cohesive and lives up to neither the brilliance of the previous movie and certainly not the book. A book allows over a period of reading for moments to build in to a bigger picture and leave an impression upon the reader. Two hours in a movie theater simply can’t do this.

Some will argue that films boost book sales and introduce people to books that they would never read otherwise. Yet the books chosen for adaptation are usually best sellers in their own right. Harry Potter was a phenomenon before the films, every other student reads “The Great Gatsby” in school and “One Day” spent three months on the New York Times best-seller list before the film release. “One Day” is a perfect example of how Hollywood’s treatment of books often goes wrong. The need for a Hollywood star in a cast of relative unknowns led to the bizarre casting of Anne Hathaway, whose Yorkshire accent was laughable. Her character Emma is meant to be plump, with bad hair, and witty but not attractive. Anne Hathaway is tall, slender and by most accounts very good-looking. The book takes a day each year with Emma and Dexter and explores how life unexpectedly shapes people in a sweet and sad way. The film takes each day and turns them in to overblown displays for cinematic effect.

The eagerly anticipated “The Great Gatsby” has been directed by Baz Luhrmann and, although I am an admirer of his work, this will be the sixth adaptation of the book. I’m sure the parties will be as spectacular and over-the-top as the dance scenes in “Moulin Rouge,” just like they should be. The problem is that nuances will be missed. The film will probably only focus on the love story, and place Leonardo DiCaprio and Carey Mulligan’s relationship at the heart of the film. But there are bigger themes at play in the book; the fall of the American dream, feelings of the outsider and class issues. These themes will most likely just become a backdrop rather than the driving force of the film. The trailer suggests the glitz and glamour of the twenties, but without any of the depth of the book.

It’s not that film adaptations are necessarily bad movies; it’s that they lack the subtleties of the books they’re based on. This often distorts the narrative of the story. The beauty of a book is that it allows the reader to imagine a whole new world, but a film can never capture your personal perception of that world. The cliché is true; the film is never as good as the book. Film is a wonderful medium, but it’s time Hollywood challenged itself with new ideas and stopped relying on popular fiction for their blockbusters.