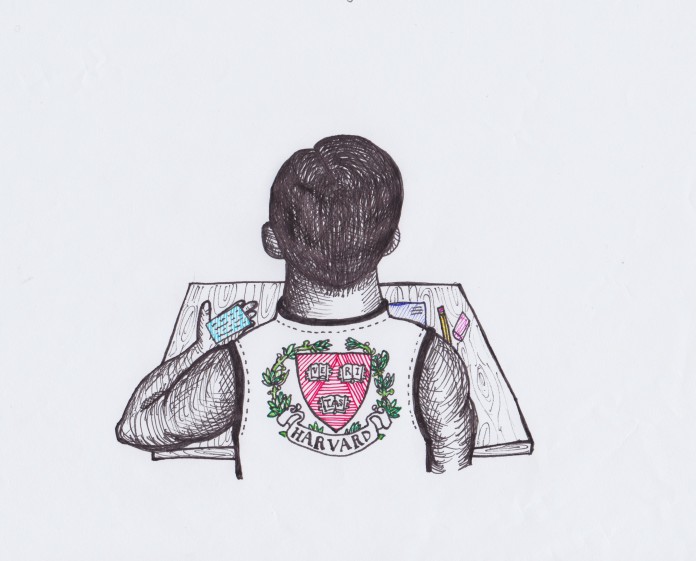 Have you ever been caught cheating, or know anyone who has? Let’s be honest, no one wants to admit to cheating on an exam—but when you get caught, you can’t lie. But who has more to lose? You, or a student athlete?

Harvard University’s basketball team became one of the nation’s top 25 teams and made it to the National Collegiate Athletic Association after 66 years, only to be overshadowed by a cheating scandal.

Not only does this scandal bring the question of academic integrity and pressures into question, but it also arouses the question of whether or not athletes are given academic leniency and privilege.

Out of 269 students, 125 students at Harvard are being individually investigated for cheating on a take-home exam, and over half of the 125 are allegedly varsity basketball, baseball and football players. Harvard’s policy regarding cheating can result in a year’s withdrawal from the school, and for athletes that means a year off the team, time that is vital to making history. Some athletes involved in this cheating scandal, like the basketball team’s co-captains Kyle Casey and Brandyn Curry, voluntarily withdrew from Harvard to protect their athletic careers, an action they were advised to take.

The Crimson, Harvard’s student newspaper, publicized an internal email that showed the secretary of Harvard’s Administrative Board advising athletes involved in the scandal to consider taking a leave in order to preserve their eligibility and to minimize the consequences of their cheating. Athletes that withdrew voluntarily, like Casey and Curry, may be allowed to come back for the 2013-14 school year, but if they had been punished after registering for classes, they could have been prohibited from playing on the team entirely.

Other non-athletic students involved in the scandal did not receive advice from the administrative board regarding the best actions to take to avoid the serious consequences.

The actions taken by Harvard are a prime example of a school’s favoritism for athletes, especially Division I stars. This is not to say that all athletes always are given and take shortcuts. Many athletes are educated and honest, dedicating their lives to a sport while balancing academics, social life and family—some of who perhaps worked their way from the bottom up. However, there should never be exceptions or privileges in regards to dishonoring a school’s standard guidelines because of a student’s status or desirability. Harvard never should have sent out emails regarding the athletes, or even thought to do so. Too many times a person of status slips in between the cracks of the law or is unjustly over accommodated all because of what they have to offer. Their worth is not elevated over that of another just because of their commitment or value to a sport.

Certain privileges are justified for athletes, especially because of game schedules and their sacrifice for a sport, but when do these privileges stop? When do they become extremely unfair in regards to other students, students that spent just as many hours studying as an athlete practicing?