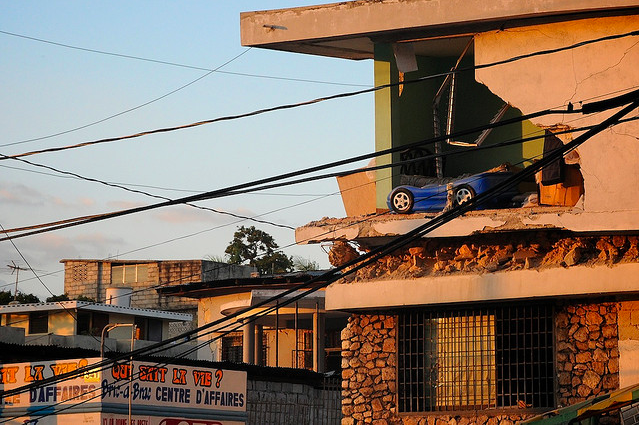 The present state of Haiti’s health and development, as well as what lies ahead in its future, were two overarching themes of the event “Haiti Today,” a free event put on by The University of California Haiti Initiative (UCHI) and Direct Relief International on Oct. 4.

The moving and informative event, held at Campbell Hall, included an opening and closing panel of experts who discussed the issues Haiti is facing today and a showing of the film “Baseball in the Time of Cholera.” The event was described by Sierra Griffin, the current chapter director of UCHI at UCSB, as “a unique opportunity for the UCSB community to interact directly with those living and working on the front lines of health and human rights in Haiti.”

UCHI was co-founded by Nicolas Pascal, who started the UCSB chapter.

“[We believed] that if properly organized, the University of California could be one of the most effective clusters in the world,” said Pascal.

Based on their work thus far, “effective” is a word arguably applicable to UCHI. After the devastating 2010 earthquake in Haiti, they managed to raise $50,000 to support those affected.

The event began with the presentation of the UC President’s Award for Outstanding Student Leadership to Griffin. Following the presentation, the film “Baseball in the Time of Cholera” screened, demonstrating that the problems after the devastating earthquake have not lessened for Haiti. The death toll from the earthquake was placed at 316,000 by the Haitian government in 2011, and the International Organization for Migration estimated that 634,000 people were living in camps as a result of the disaster. Conditions in these camps led to a cholera epidemic, and evidence points to Nepalese UN troops as the ones who brought the strain into the country. The epidemic has affected approximately one in every 20 Haitians and 7,000 have died, despite the fact that the disease is very preventable and treatable. It was in this context that “Baseball in the Time of Cholera” was set.

The film won the Short Documentary section of the 2012 Tribeca Film Festival. The documentary begins with a frantic montage of the outbreak of cholera before cutting to a humorous and uplifting scene of boys playing baseball; the two scenes sharply contrasted for dramatic effect. This dichotomy—the conflict between sweet simplicity and anxiety—runs consistently through the film. The documentary centers primarily on Joseph, whose love of life and baseball is infectious and inspiring when death and poverty surrounds him. Mario Joseph, the man The New York Times hailed as Haiti’s most respected human rights lawyer, also makes an appearance in the film and threads in the importance of justice in Haiti.

Joseph was also one of the panelists at the event, alongside Bryn Mooser, the director of the film and Country Director for Artists for Peace and Justice. Joseph encouraged audience participation at one point, asking, “If it [cholera] was brought to the US, what would you do? Or Canada? Or France? Why Haiti? That is the question we should all ask ourselves.”

His words left the audience thinking of the appalling injustices brought upon the Haitian people, provoking people to ask what they could do to help. All the panelists advised the audience not to underplay the importance of social media in keeping awareness and forcing pressure on the US government.
Based on the feedback from both patrons and coordinators, the event was a resounding success that left people both appalled and inspired. Thomas Tighe, the master of ceremonies and the President and CEO of Direct Relief, described the event as having “an amazing turnout.” When asked after the event what was the importance of the case overall, as well the ideas presented at the event, Joseph responded, “UN accountability. Then with the money, better water, better schools, a better life for the Haitian people.”