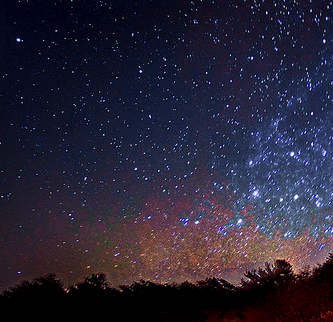 Scientists have made a monumental discovery: a planet with roughly the same mass as Earth has been found in Alpha Centauri B, part of the closest star system to our own. It has been designated as Alpha Centauri Bb, and it lies 4.23 light years away from us. It is by far the closest extrasolar planet ever detected; the next closest, by comparison, is Gliese 876d, which lies 15 light years away.

Alpha Centauri Bb is within spitting distance of Earth. This immediately raises the notions that we’ve either found a candidate planet for possible colonization, or we could be on the threshold of an alien-inhabited world.

Unfortunately, neither of these things is possible.

Alpha Centauri Bb is not within the “habitable zone” of its solar system. As John Timmer of Ars Technica reports, “With a 3.3 day orbit, the planet is only 0.04 Astronomical Units (1 AU is the typical distance from the Earth to the Sun). That makes this planet blazingly hot, at about 1,500 Kelvin.” That’s equivalent to over 1200 degrees Celsius and over 2200 degrees Fahrenheit. The surface of the planet is not likely to be solid, but rather molten lava. It is unsuitable for human life, and no variety of organisms that we know of that could exist in those conditions.

Alpha Centauri Bb is not the perfect planet that scientists were hoping for. Though it is unsuitable for use, scientists have still found importance in the discovery.

The first notable aspect of this discovery is the technique used to find the planet. A team of scientists at the Geneva Observatory in Switzerland used a tool called HARPS, or the High Accuracy Radial velocity Planet Searcher. This tool essentially finds planets by tracking their gravitational pull on the host star during its orbit.

“After four years and 450 observations, they found that in the case of Alpha Centauri B, that tug imparts a velocity of about 20 inches a second, a leisurely walking speed,” reported Dennis Overbye of The New York Times. “That is the smallest wobble the Swiss team has ever observed.”

Years ago, a minute detection like this would not have even been possible. Many star systems have already been surveyed for planets, and the possibility exists now that we may have missed something. There could be other exoplanets lying in wait all around us, and available technology is getting more and more effective.

However, perhaps the most significant facet of this discovery is simply the fact that Alpha Centauri Bb exists at all. According to a report by Elizabeth Landau of CNN, the discovery shows hope for life in the area. Small-mass planets like the one orbiting Alpha Centauri B are usually not alone with their sun, Xavier Dumusque of the Geneva Observatory told CNN.

It’s true; the rate of discovery for other planets in systems with a detected small planet is around 70 percent, according to Timmer. These are phenomenal odds for possibly finding a “twin” for Earth, one capable of housing human life (or already hosting alien life). In fact, Timmer explains that Dumesque and his team estimate that “based on Centauri B’s habitable zone (which is roughly centered on distance that’s equivalent to Venus’ orbit) they should be able to spot a Super-Earth (having five to 10 times Earth’s mass) in the habitable zone.”

Alpha Centauri Bb is not the perfect planet, and will most likely never house any kind of life. However, its proximity to our own solar system, the improvements in planet detecting technology, and the mere existence of a planet in Alpha Centauri solidify this discovery as one of the most significant in decades. Humanity may still be centuries away from extrasolar activities, but if this breakthrough is any indication, there are many reasons to be hopeful in the future.