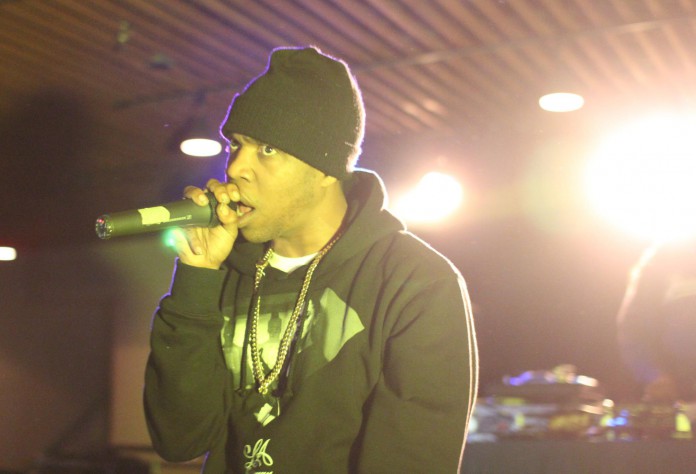 In light of the recent release of University of California Santa Barbara’s 2012 Extravaganza line-up, it has been brought to my attention that in the last decade especially, the headliner has almost always been a rapper. If you look at line-ups from previous years, UCSB boasts performances from Run DMC, Busta Rhymes, E-40, T.I., Nas and many more. Does Associated Students Program Board intend for this to happen or is it just a fortunate (for me, anyway) coincidence each year?

Personally, I have no problem with rappers being the highlight of the show. I’ve been an ardent fan of hip-hop since age 13. I can rap to it, dance to it- you name it. But I can’t speak for every student out there when I say a rapper is always the best choice for Extravaganza. Everyone out there has varying tastes in music, and there’s sure to be disagreement about who would be the best performer out there.

“Honestly, I’m not particularly thrilled about this year’s line-up. I was hoping for something different. Yeah, we had Cee Lo Green last year and he’s not a rapper, but I love listening to folk and R&B. Why can’t we get someone who isn’t a rapper out there?” said first-year sociology major Erika Hughes.

So maybe rap isn’t for everyone. I guess I can understand that. If it was the other way around, and we had a house or techno artist headlining, I would probably be heated. I don’t really understand the fascination behind the whole techno movement, but I can respect it, especially considering its popularity on a college campus such as ours.

“Program Board should keep in mind that though hip-hop is an accessible genre, not everyone loves to listen to it. I’m hoping for an Extravaganza to look forward to. If we could get a high profile DJ to headline, that would be a real party,” said Vanderford.

I disagree that a techno artist would be as entertaining as a rapper. To me, hip-hop seems like a broader genre. I bet if I walked down the streets of Isla Vista, I could find way more people who were completely opposed to house music than hip-hop. Hip-hop is less of a trend; it has had a consistent backing and is way easier to dance to.

“The good thing with Extravaganza is they try to get an eclectic group of artists in the hopes that each student will have someone to look forward to. So as long as a reggae group is present, it doesn’t bother me if a rapper headlines. I still get my fix,” said first-year linguistics major Blake Sanders.

Sanders makes a valid point. I don’t really think it matters if the headliner is a rapper. Extravaganza is not specifically a rap concert. There are four other acts of differing genres to choose from. Pick one. Program Board can’t please everyone out there and we should be thankful for any well-known, talented artist who graces our campus with their presence. At the end of the day, we just want to enjoy the show.