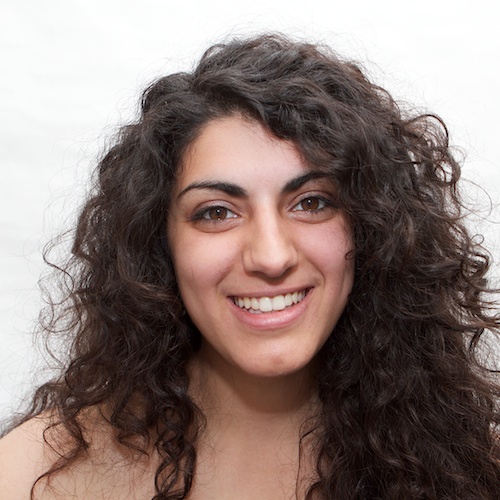 If you’ve ever been to a rally on campus or just happen to be walking by one, chances are you’ve seen Sophia Armen.

She’s usually the one with a megaphone, delivering an impassioned speech to groups of students about the necessity of protecting higher education from budget cuts or speaking out against injustices done to the oppressed and marginalized.

She’s the one with the big hair and big plans, and she’s now University of California Santa Barbara’s newest student body President.

Last week, Armen, a global studies major and Democratic Process Party candidate, beat her opponent by a seven percent margin to become the first female Associated Students President in five years. Armen ran on a platform that promised a transformation to the climate and attitude within AS with the hopes of attracting a higher level of external student interest and input.

With a history of being an outspoken activist and an integral force within student organizations across campus, Armen isn’t your typical politician. Born and raised in Los Angeles and a graduate of Calabasas High School in the San Fernando Valley, Armen admitted that when she came to the university as a freshman, she had no intentions of running for the most coveted student leadership position at UCSB. She’s always valued unconventional means of engaging the political system and credited her father, Chris, a staunch opponent to the United States’ involvement in the Iraq War, for her initial interest in protest and politics. At a young age, her father began taking her to voting campaigns and encouraged her to write to politicians, but Armen said her real passion for activism stems from a love for working with people.

“I’ve kind of been up at the mic since I was 13,” said Armen. “I really enjoy speaking and working with people. I love debate. I love having an open space, even where people disagree, it’s really important.”

Frustrated by what she saw as the same political inaptitude seen in Washington D.C. amplified in the student government at UCSB, Armen successfully ran for a spot on the AS Senate her sophomore year to steer its focus back on the major issues facing students, like how budget cuts were causing her classmates to drop out of school. Now, poised to take the reins of the Association, Armen said she plans to bring a dose of healthy criticism to an institution that at times has been known for its exclusivity and unwillingness to accept a diversity of opinions.

“We need to be critical of folks in power, even if they happen to be students,” said Armen. “When you are a leader you are held to a different standard.”

Armen wants to be a visible and mobile President, ready and willing to meet with students anytime anywhere, with the intention of restoring a sense of community throughout campus and within AS. She also wants members of the AS Senate to regularly attend the meetings of student organizations and to take an active interest in the work students are doing both outside and inside AS.

In regards to the most pressing issue facing UCSB students- state divestment in higher education and skyrocketing tuition- Armen promises to continue to be an outspoken advocate for students, not willing to take no for an answer, and wants AS to focus more energy on combating the issue.

“Honestly, the UC Regents, the state, Chancellor Yang- they’re going to be answering some tough questions,” said Armen. “I was going to do this whether or not I was in office and the tough questions are going to be, ‘where is our money going? Why don’t we have any say on it? Why are our fees rising? Why are our student services being cut? Why are we targeting student expression, why are we seeing police violence?’ And this is what you should be asking the Association.”

And to her critics and those who chose not support her in the election, Armen sincerely thanked them for voting and hopes to earn their respect and trust, while inviting criticism and an open dialogue.

“I’m a resource for the entire student body,” said Armen. “I’m ready to create spaces for students to express themselves; I think that’s been missing on this campus.”