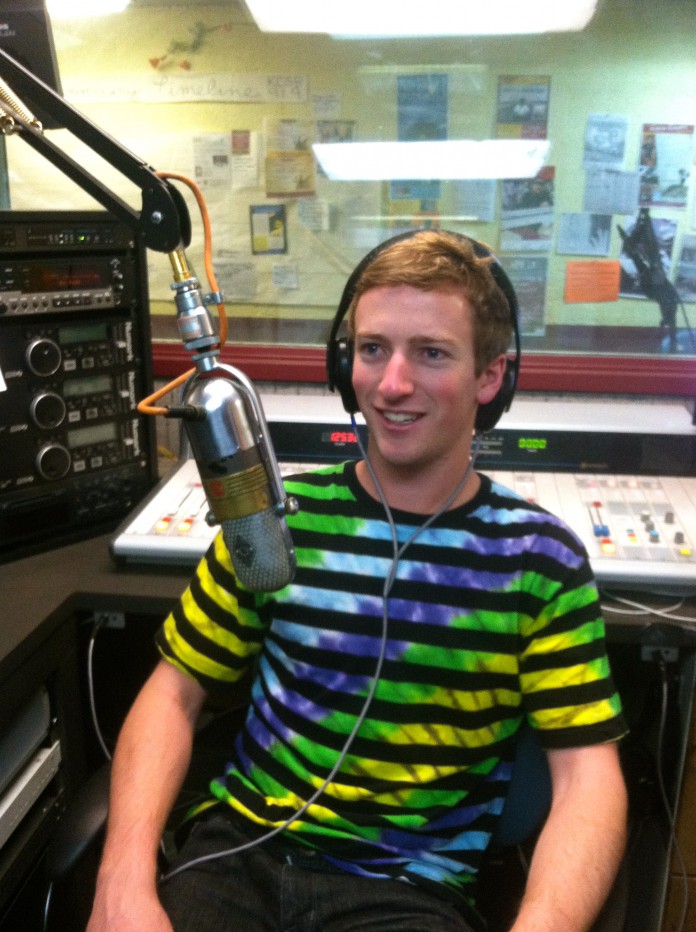 Ever since its founding, KCSB has made a wide range of radio programs available to students at the University of California Santa Barbara and to people who live in the surrounding area. KCSB provides a great selection of political and sports commentary, world news and music programs, all of which are created and hosted by students and community members.

The radio station, which celebrates its 50th anniversary this year, was established with the purpose of educating and broadening the perspectives of listeners through a variety of different ways. For news programs, this means giving those with controversial or unnoticed opinions the chance to speak their minds. Similarly, all of the music programs that air on KCSB feature up-and-coming lesser known artists and genres that are not typically played on the radio.

“KCSB very eclectic in terms of the music it plays,” said Program Director Ryan Ealum. “We have shows that play metal, soul, reggae- we just got one that plays music from video games, actually. We also have a lot of live bands come in, which is popular among listeners.”

The KCSB program “50 Years of People-Powered Radio,” airing every Thursday from 10 a.m. to noon, is dedicated to the fact that the station reached its 50th anniversary this year.

“It’s an archival show, so we’re going back through the material we’ve accumulated over the years and re-airing it,” said Ealum.

When people apply for their own shows, distinctiveness is considered a crucial factor, and can determine which applicants make the cut.

“Any programmer who can provide a unique idea or play a unique genre is going to typically have priority, especially if they’re speaking for or playing music for something that’s really underrepresented and can’t be heard anywhere else,” said Ealum.

One student programmer, Travis Faught, hosts a music program on KCSB called “The Rubber Ducky Experience,” which is on air every other Sunday from midnight to 2 a.m. Faught, a third-year biology major, has been working as a programmer for KCSB for the past year.

“I got the idea with a friend of mine back in high school who goes to UCSB now as well,” said Faught. “We always thought it would be cool to actually have a radio show one day, so once we got here and heard about KCSB we realized we could make it happen.”

Faught explained that he got the idea from seeing the giant rubber duck in the UCen, which was part of an effort to promote UCSB Reads’ featured book, “Moby-Duck.” The book brings up the problem of lost bath toys and other types of trash floating in the ocean. Faught thought it would be interesting to incorporate that into the name of the show because of the important message behind it.

Faught describes his show as “eclectic,” meaning that he plays any and every genre of music as long as it meets KCSB’s standards of being different than what is played on commercial radio stations.

“I’ll usually play rock, pop, metal, country, electronic, dubstep… I’ll go to acoustic and foreign sometimes as well,” said Faught. “I make the playlists for the show using the music I have from my own iTunes, so about an hour an half of the show is the best selections from the music I’ve been listening to, and the other half hour is when I take requests.”

For those who want to get involved in KCSB, the organization has a program orientation and training that everyone must go through before getting their own show.

“After orientation, you pretty much just sign up and start within a week,” said Faught. “You go through KJUC- the part of KCSB studios that is used for training, and usually complete that within a quarter. At that point, you take a bunch of different tests, including the FCC test, and send in a recording of one of your shows. If you pass all your tests and the people at KCSB like your recording, then you move up to KCSB as a regular host.”

Overall, Faught says that his experience with KCSB has been great.

“What I kind of pride my show on is the ability to transition from genres that you don’t ever think would mesh, and making them work together. That’s always been my favorite part of the show.”