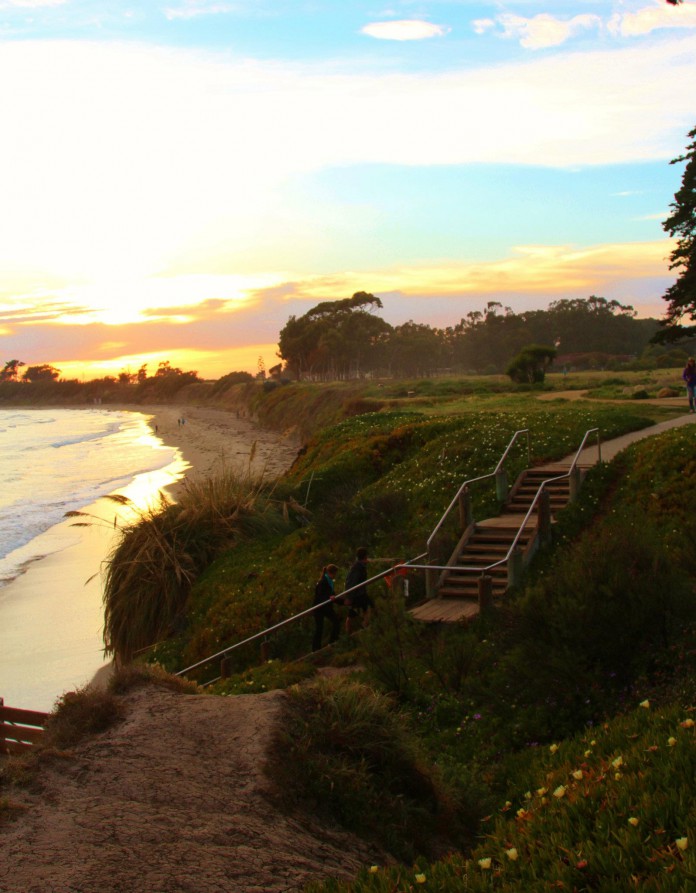 Thanks to a $36,000 grant from the Goleta Valley Land Trust, the Cheadle Center for Biodiversity and Ecological Restoration will continue to fund the restoration of West Campus Bluffs. The West Campus Bluffs area consists of 37 acres along the coast between Isla Vista and Coal Oil Point.

The plans for restoration began shortly after concerned members of the Santa Barbara community gathered to move proposed development further away from the coastline. This plan, known as The Ellwood-Devereux Open Space Plan, would preserve about eight acres of open space for every acre of development. In total the plan preserved 2.25 miles of coastline habitats. The Goleta Valley Land Trust was one of the organizations that supported the restoration and preservation of this space; this is the second grant given to the Cheadle Center by GVLT.

“The first GVLT was requested based on the Coastal Fund’s previous commitment of funds for restoration in 2010,” Lisa Stratton, the restoration project leader, said.

In the fall of 2011, Coastal Fund continued funding the project with a grant of $8,000 to maintain and monitor the West Campus Bluffs project. A lot of the funding for restoration comes from organizations such as Coastal Fund, Coastal Conservancy, GVLT and CCBER. According to Stratton, the money received from GVLT only supports a few acres of restoration.

“We work on the project in increments; this grant can support a year of restoration,” she said.

The grant should fund the project until the end of 2012.

The funding will go towards the second phase of the restoration project. The first phase began in the fall of 2010 and mostly involved dealing with issues of erosion and the removal of the invasive species such as iceplant, and replacing it with coastal sage scrub and native grasses. The first phase also included repairing the trails along West Campus bluffs to minimize impacts to environment caused by off-trail use.

The second phase of the project, which began in January of this year, focuses on removing invasive and non-native species such as fennels and non native grasses, and planting native plants, such as purple needle grass and coastal sage scrub, in their stead. According to restoration assistant Cory Olesen, unlike the non-native species, native grasses have longer roots that will help keep soil together and minimize erosion. Some soil alongside the trails was disturbed by the reparations; therefore soil that was exposed or disturbed by the new trails will be stabilized and improved by planting. Native grasses will mostly be planted around the trails and other patches of native grasses.

“The planting should be done this spring, but we will continue to do maintenance on the site,” Olesen said.

The Cheadle Center recruits people to assist with restoration. Not only are staff and student workers working outside, but so can volunteers from the campus and the community. Erica Bondesson and Beau Tindall, fourth-year environmental studies majors, are two student workers that are assisting with the restoration project. Workers have many different duties.

“It all depends on what we’re working on; we collect seeds, propagate plants, and help out with weeding and planting,” Bondesson said.

“I’ve learned a lot about ecology and native plants and have been able to do a lot of hands on work,” Tindall said.

In total the West Campus bluffs restoration project has received over $300,000 in funding.

“I would estimate that we would need about half a million more dollars over time to complete restoration projects,” said Stratton.

They would also like to get students more involved so surveys will be placed along the trails in May and students are encouraged to give their opinions and ideas for restoration projects.