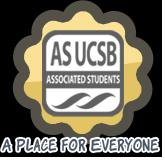 The University of California Office of the President has levied a new tax on the expenditures for each of its 10 campuses and at University of California Santa Barbara, students may be expected to foot some of the bill. The new 1.6 percent tax will fund UCOP’s central services and programs, but will cost UCSB Student Affairs an additional $700,000 and could charge an already financially strapped Associated Students to pay as much as $180,000 by May 30.

The tax comes as UCOP faces a $51.5 million loss in profit after mandating a revenue stream change within the system, according to Todd Lee, UCSB vice chancellor for Budgeting and Planning. In years prior, revenue generated by a campus first went though UCOP and charged six percent to fund services and programs, then redistributed back to each campus. Today, all revenue collected by a campus stays on campus, which Lee says should save the school money in the long run.

Now after collecting $7.7 million from various revenue sources, UCSB is looking inward to pay an additional $3 million to cover the $10.7 million bill UCOP has sent down to the campus. Lee said the UCSB administration decided to collect money by passing the same tax formula from UCOP onto six major “control points,” or offices and institutions on campus who report directly to UCSB Chancellor Henry Yang, with the exclusion of the Financial Aid, but including the Division of Student Affairs. The Division of Student Affairs, which encompasses most non-academic entities on campus like Career Services or Associated Students, currently owes $700,000 to UCOP.

As a revenue generating entity, UCSB Associated Students is being asked to pay anywhere from $99,000 to $180,000, forcing Student Affairs to turn to students to cover the cost by asking them to pay an additional amount on student organization reaffirmations and lock-in fees put on the Spring AS Election ballot.

As the potential student surcharge looms, student leaders throughout the UC system have been in vocal opposition against the tax.

UCSB AS President Harrison Weber expressed skepticism towards UC administration for choosing not to exempt student initiatives from being responsible to cover the cost of the bill.

“Students have taken it upon themselves to do amazing things on campus and continue to do that, and in order for them to keep doing that there needs to be a certain amount of integrity in that student initiated process,” said Weber.

Weber has been meeting with administration both at UCSB as well as with UC President Mark Yudof and members of the UC Board of Regents to discuss the issue.

When asked why student initiated fees weren’t exempt from being included in the tax, Lee said he recognized the political issue of passing the tax onto to AS and students, but said it was the decision ultimately made by Student Affairs.

Young said that it’s important for students to know that when they go to vote on lock-in fees later this April they are aware that some of the fee will go to UCOP, and as a body, students should decide if they believe the additional fee is worth the service.

“It’s a fairly narrow problem and should not affect referendum in the long run,” Young said. “But we’re working with Associated Student to figure out what to do. Certainly those of us in the leadership of the division completely and wholly want to work as hard as we can to maintain the integrity of the referendum system.”

However, Weber called UC administration’s notion that the additional charge will help the campus in the long run “completely unacceptable” and said he would continue to meet with other student leaders to ensure that student fees initiative were exempt from the tax.

In response to the pending UCOP charge, AS Finance Board has frozen its unallocated account, which funds events and organizations at the request of students, though Weber said he will advise Finance Board to unfreeze the account and continue conducting business. Similarly, AS Legislative Council passed a resolution at its April 3 meeting delaying the payment UCOP tax on AS fees.