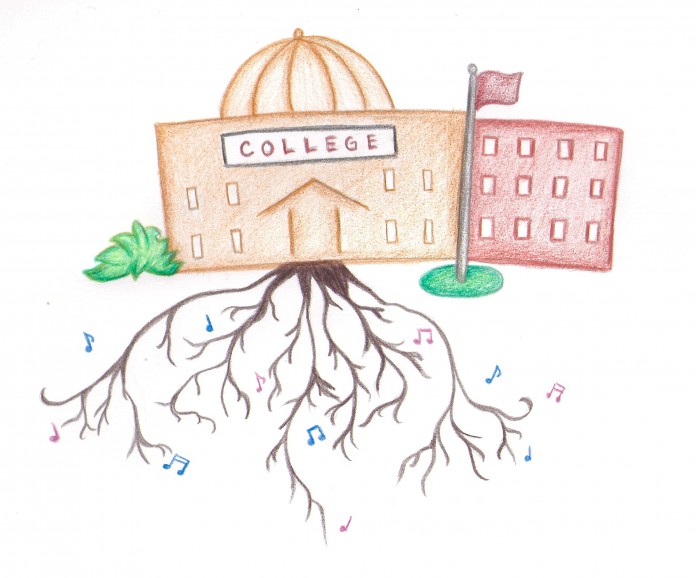 It has arrived. A new and simple way to discover local artists at your school or in the area. CollegeRoots, a social media website, has offered a unique way for artists to upload and share their music with the Internet community as well as locals in their region allowing them a chance to gain exposure.

Similar to the Facebook “Like” button, music lovers have a chance to “ROOT” for their favorite artists, which in turn translates to the amount of publicity they receive on the site.

“Users can ROOT for their favorite songs, artists, shows and scenes and it all gets saved to their personal page,” said Ritesh Gupta, a fourth-year University of California Los Angeles economics major and editor-in-chief of CollegeRoots in an email.

Differing from the regular run-of-the-mill music website, CollegeRoots allows for artists to be discovered based on their “scene” or the region they are from. Unique in that sense, local artists are now able to be easily sought out in such a refined search engine.

“The content is organized a few different ways. One way is by genre (Electronic, Rock, etc.). The second way is by scene. A scene can be a broad region such as Southern California, a specific city like New York City, or a college such as UCSB. All the content gets reorganized based on the scene that you want to check out. For example, if I clicked the Philadelphia scene, I would see all the artists, colleges and venues related to that city, and also be able to listen to the top tracks and upcoming shows from there instantly,” said Gupta.

One way of getting featured on the site, according to Benjamin Boyce, guitarist of Benny B and Lomo, is through the submission of the artist’s name, where CollegeRoots would then proceed to find the song and ultimately post it on their site.

“That’s the idea- they’re trying to give any college artist a chance to put their stuff out there. I think anyone can get on it and if they’re not appreciated as much they won’t get too many Roots. The better you are, the more you’ll be featured on the page,” said Boyce, a fourth-year philosophy major.

Another way to get put on the website is being sought out by CollegeRoots itself. The winner of UCSB’s Battle of the Bands, The Fire Department was asked to be featured on the site as the contest had an agreement to allow CollegeRoots to connect with the bands.

“I got into contact with the creator of CollegeRoots and I talked to him a bit and we were able to work out getting our photo up and a couple of tunes out there. We ended up winning the Battle of the Bands and posted that on CollegeRoots and we keep updating people through that,” said Zeal Levin, a third-year and guitarist of The Fire Department.

An ultimate popular goal for musicians on the site is to gain exposure and be publicly known for everyone to hear. It’s led to various other opportunities for artists.

“We’ve had a couple of experiences where we’ve been put on websites. A lot of it has to do with social media,” said Laura Moreno, a second-year English and Spanish double major and singer of Benny B and Lomo.

“It seems like a pretty good way for college fans to form a network and get our name out there,” said Thomas Semow, a third-year philosophy and religious studies double major and bass player of The Fire Department.

From spotlighting local artists to allowing students to learn about the new band trending in their area, CollegeRoots has definitely served as a liaison for that.