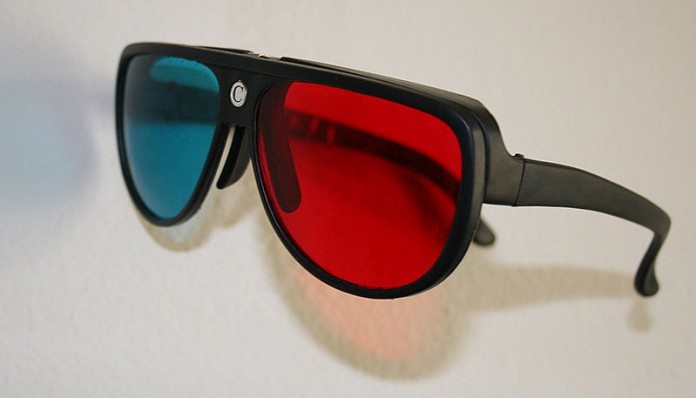 The year 2012 is filled with new innovations that continue to stun the world But is 3-D one of them?

The obsession of 3-D movies seems to have begun around the time that “Avatar,” directed and produced by James Cameron, came out. Consequentially, Cameron has proceeded to “refine” and “recreate” the experience of his Oscar-winning movie “Titanic” after its debut ten years ago. But why? Why is this 3-D business so cool and appealing to directors and well, movie-goers???

I don’t burn the midnight candle or engage in Amish living, but I for one despise 3-D movies, and just 3-D in general. I’d rather enjoy watching a film without chunky glasses that I don’t doubt are poorly sanitized by the theater- and to be honest, I don’t feel like looking like an idiot, even if I do look better with the lights off.??

The 3-D effect tends to be more poor quality and not very noticeable. Movies that I have seen in 3-D, like “Avatar” and “Up,” were good movies to utilize 3-D, but I didn’t leave the movie blown away (pun-intended). If you’re going to think outside the box and spend millions of dollars producing a 3-D movie, at least make it look not just okay, but awesome.

The biggest problem with 3-D is that the biggest studios (Universal, Warner Brothers, etc.) can afford to make them. Thus, they have to make their films appeal to the widest audience, which is almost always action adventures or animated films. In addition, it means a smaller budget for smaller films. Movies like “Detachment” or “Napoleon Dynamite” deserve just as much advertisement time on television as any other movie. Some movies don’t even get advertised. 3-D movies aren’t just to blame for this, there are plenty of other factors that push small, independent films to the side.?

Since 3-D movies are extremely expensive, studios invest more money into advertising for these movies. What does this mean? Well, the directors and producers obviously want to make sure they get a bountiful profit from the film (oh, you capitalists!), but it also denies viewers of other films that might not get as much attention. This means you might not ever hear about that awesome independent flick that’s in theaters, like “Pariah” or “Shame” (which I highly encourage you go see!). It’s kind of like a domino effect: less advertisement means less ticket sales for smaller films, which then caused investors to not fund those kinds of films. Instead, they’re busy fighting over big production movies that are guaranteed to make millions. It’s a vicious cycle that ends with all films being generic, 3-D, and owned by the big five studios: Disney, Universal, Warner Brothers, Paramount and Fox.

The average American Joe might not think about this, or even care; but just as Facebook is slowly seeping into the cracks of our everyday lives, 3-D films and its production studios are monopolizing the film industry and limiting what you get to see. It makes it harder to hand people good movies on a plate- you would think people get tired of being served the same thing. People don’t want to go search for independent or foreign films that aren’t showing in chain theaters. Movie theaters are supposed to cater to you, right?

Before I insult all of humanity, let me make some compromises. Yes, the movies are all about entertainment, and for everyone to enjoy. It’s a simple process, to sit and watch a movie; which I think everyone can agree upon. But when it comes to 3-D movies, it takes away that simple pleasure, and turns your experience into something like a hands-on adventure. Call it what you want, but you won’t catch me being brainwashed and subject to eye-straining all for the sake of an “enhanced, real-life” experience. If that’s what you’re looking for, go find it in the world yourself.