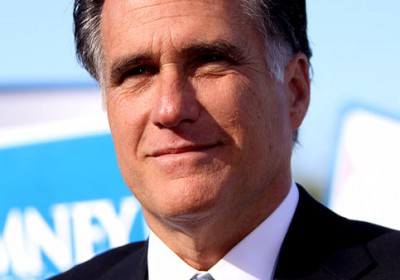 House Majority Leader Eric Cantor (R-VA) endorsed former Massachusetts governor Mitt Romney as the Republican nominee for president on Sunday, adding himself to a growing list of Romney’s supporters in Washington, D.C. Romney leads all Republican nomination candidates with 83 formal endorsements from members of Congress, with Newt Gingrich coming in a distant second with 11. Cantor’s endorsement comes just two days before the potentially decisive Super Tuesday vote, in which 11 states will hold primaries and assign delegates to Republican candidates at a crucial moment in the campaign.

Congressional endorsements have no official value in terms of the primary election, but are one of many indicators of how the party will choose its candidates in the election. Romney’s overwhelming support by Republicans on Capitol Hill underlines his unspoken but widely acknowledged favoritism among establishment Republicans. Similarly, the lack of support for former legislators Rick Santorum and Gingrich from their former colleagues could potentially signify weaknesses in the candidates’ campaigns.

Although Cantor’s backing of Romney is significant for the Republican field at large, it does little to alter Romney’s odds of winning in Virginia this week. Romney is almost guaranteed a victory in the state, due in large part to the absence of rivals Newt Gingrich and Santorum from the Virginia ballot. Both camps have blamed their absence in Virginia on complications in the state’s election code, while many pundits have chosen this fact to highlight fundamental disorganization in the two campaigns.

Before his initial win in the Iowa caucus, Santorum was largely excluded from serious consideration as a Republican candidate. Election experts have said this resulted in a late start for the former Pennsylvania Senator and has limited his ability to organize a nation-wide campaign capable of competing in multiple states at once.

Few states will be as close on Super Tuesday as the race in Ohio, where both Romney and Santorum are polled in a dead heat to win the mid-western state. Both candidates launched attacks on each other’s recent campaigns in Ohio. After Santorum’s campaign was caught sending automated phone calls to Democratic voters in Michigan to vote for him in the Republican contest (Michigan is one of a few states in which voters from both parties can vote), Romney has accused Santorum of using desperate tactics to win. Santorum, meanwhile, has chided Romney for reportedly urging President Obama to adopt a part of the health care law requiring every American to have health insurance. That portion of Obama’s controversial health care law has been a common talking point among Republicans who cite the clause as an example of Obama’s overreach as president.

Last week, Ohio’s Attorney General Mike Dewine rescinded his support of Romney in favor of Santorum, in a rare and surprising political maneuver in a national election. Despite the tension between the two candidates, the results of Ohio’s election are likely to be symbolic, since delegates in that state are awarded by the percentage of votes each candidate receives. A close win for either Romney or Santorum, in other words, will likely count more for bragging rights than the delegate tally.

The other remaining candidates, Paul and Gingrich, are holding out hope for a few second place finishes to gather delegates, although Gingrich is likely to win in his home state of Georgia Tuesday.

It Takes a Village to Raise an Urban Forest