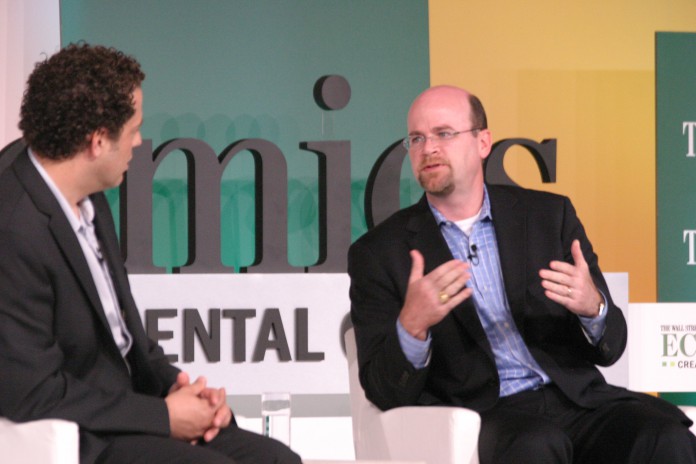 In particular, shale gas, a natural gas formed from being trapped within shale formations, has been gaining a large amount of attention due to an estimated large quantity within the United States.

“At the end of the day we’ve got too much experience with producing shale gas and soon to be shale oil that no, its not a Ponzi scheme,” said Pickering at the beginning of the panel, “It’s a growth industry.”

Shale gas has become increasingly important and influential over the past decade, with hundreds of wells being drilled throughout the country. The industry has grown substantially in the United States due in no small part to foreign investment and the reliability of the federal government.

“The U.S. is a stable place to invest if you’re looking at it from outside,” said Pickering. “The big guys see growth and a stable environment politically.”

“What we want to do is try to develop that as economically as we can in an environmental way,” said Pinkerton.

The rush to find and harvest the shale gas has led to excess supply, further reducing the cost of shale gas, specifically when compared with oil prices. Pinkerton believes this is actually a good thing for the majority of society.

“We found this tsunami of gas. We basically found too much gas,” said Pinkerton. “Who’s going to be the winners are the consumers of the United States.”

Though debate continues about how much of an effect natural gas and shale gas will have on the future of energy, Pinkerton predicts it will continue to have an influence, at least economically.

“I promise you we’re going to have very, very low natural gas prices for a very long time,” said Pinkerton.

AS Elections Results in Overwhelming OPP Victory for Second Year in...