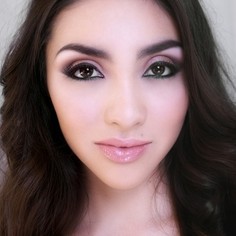 Buzz online and around campus regarding the potential deportation of fellow DREAM Act eligible student Cindy Reyna caused quite a stir with the student population this week.

Recent UCSB graduate, Janet Muniz, along with several other IDEAS members informed the community about her situation and started a petition to allow her to remain at University of California Santa Barbara and in the country. The organization, whose acronym stands for Improving Dreams Equality Access and Success, functions as a support group for undocumented students, providing financial, academic and emotional support to students through scholarships, workshops and a community of their own. IDEAS members who are citizens act as allies for students in need, which was very important in helping Cindy Reyna, according to Muniz, who put the petition online. Having other undocumented students in the public eye would have been risky. Muniz, as an ally, served as the voice of the online petition. The petition was posted at 1 p.m. on Feb. 29, and in just a little over 24 hours, over 10,000 people signed the petition.

Cindy Reyna is a senior majoring in communications and linguistics. Reyna came to the United States at the age of 15 on a visa from Guatemala. According to the story included with the petition, Cindy aged out of the immigration system while pursuing her college career. In her time here, she has made the most of her education earning a 3.8 GPA and making valuable connections through her internship with Univision, recognition in Santa Barbara City College’s Phi Theta Kappa Honor Society as well as the President’s Honor Roll and certificates of special congressional and legislative recognition signed by notable figures Lois Capps and Pedro Nava. Cindy Reyna is also a Miss Santa Barbara County model in her spare time.

Students who know Cindy Reyna spoke to KEYT and expressed their disbelief that something like this would happen to someone who is so involved and contributes so much to the community.

“It just illustrates how broken our immigration system is and how necessary it is for Congress to pass some sort of legislation,” UCSB student Victor Valdez said in a KEYT interview.

“An immigration detainer was lodged against Ms. Reyna Feb. 23 following her incarceration in the Santa Barbara County Jail for driving under the influence. She was convicted of the DUI charge Feb. 28 and turned over to ICE Feb 29 based on the immigration detainer. Department of Homeland Security databases indicate Ms. Reyna entered the United States in Feb. 2004 on a visitor’s visa, which authorized her to remain in the country for six months. Ms. Reyna was processed by ICE Wednesday afternoon and placed in immigration removal proceedings. She was released under the agency’s alternatives to detention program, subject to regular reporting requirements, pending a hearing before an immigration judge. It will be up to the immigration judge to determine whether Ms. Reyna has a legal basis to remain in the United States.”

The offices of ICE Director John Morton and Regional Director Tim Robbins, whose numbers were listed on the petition, would not comment on the case or provide any information without a Freedom of Information Act Request Form, which is near impossible to get when the person of interest, Cindy Reyna, is in detention.

Janet Muniz said that she and the students from IDEAS who helped with the petition had to jump through similar hoops.

“There was a lot of waiting. We called ICE detention centers and they told us the same thing- she has to contact us,” said Muniz. “We have been in contact with Cindy’s mom, who lives in Santa Barbara and through their communication we were able to figure out what was going on.”

Reyna’s teachers have also been very supportive, informing other students of her situation via email.

“Some people think the DREAM Act gives people a pass to citizenship. It’s been modified over the years and gives students who have been brought here from other countries by their parents or had to leave their own country a chance to realize their dreams of higher education,” said Muniz. “Families migrate to the U.S. for different reasons be it economic hardships or political strife. IDEAS helps the students with scholarships to fill the void of not being able to get Federal Financial Aid through FAFSA.”

Cindy Reyna has since been released “on own recognicence” from the Camarillo detention center and is awaiting court proceedings. IDEAS encourages students to continue to sign the petition, read Cindy’s story and educate themselves on the struggles undocumented people go through. The funds collected through the donate page attached to the petition will aid Cindy Reyna with her legal representation. To donate or sign the petition, go to http://www.change.org/petitions/stop-the-deportation-of-cindy-reyna