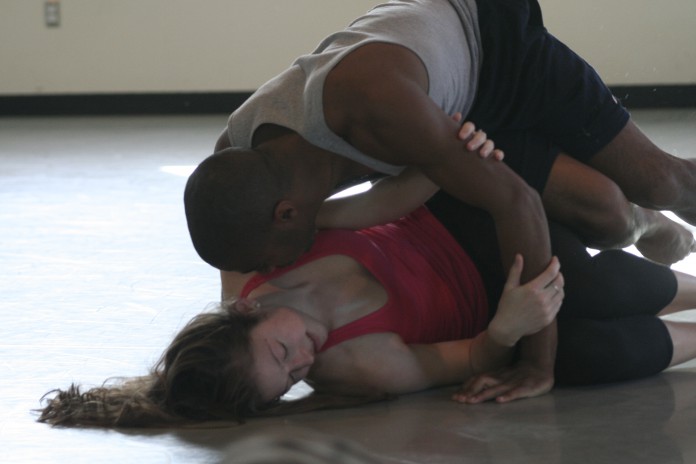 While most students are preparing for midterms, the elite senior troupe of the University of California Santa Barbara Dance Company is preparing to debut its incredible talent on a foreign stage at the University of Bologna, Italy. The small group of seniors, who were invited to join the prestigious company, have been hard at work creating a visual and emotional masterpiece.

“These pieces are speaking. It’s an exploration of art in the medium of modern dance with beautifully crafted, deeply artistic works,” says Delia Moseley, the director of the UCSB Dance Company.

The piece will be featured along side those of emerging New York choreographers Nicholas Bruder, Austin McCormick and Sumi Clemence, a UCSB alumni who has started her own company in New York.

“The show has a wide variety of styles and appeals to lots of people,” said senior dancer and choreographer Tenaya Cowsill.

The work chronicles an emotional journey that reflects loss, shock, and panic; the dancers represent thoughts, descending into chaos. The troupe has been working on perfecting and expanding its repertoire throughout fall and winter for its tour opening in spring.

“Touring is a great opportunity because it gives the dancers the opportunity to feel what it’s like to tour with a real company and have to rely on one another,” said Clemence.

Over the last few years, the company has expanded its range from tours in California to New York to the University of Bologna, Italy. These tours allow the dancers to make important connections and experience life as a professional dancer.

“I am really excited and honored to be going to Italy,” said Cowsill.

While in Italy the dancers will journey to Florence and Trento, and are hopeful to visit Venice. They plan to perform four times on the duration of their stay. On the return trip the company will stop in New York City, where they will reunite with Clemence for one of their final performances.

“It will be interesting to see how much the piece changes from now until I see them at the end of May,” said Clemence.

However, funds are proving to be a challenge, and the company has been furiously seeking donations and other opportunities to reach their goal, such as performing in downtown Santa Barbara as a guest performer. The best time for UCSB students to see the company performance is at 8 p.m. on March 8 and 9 in the Humanities and Social Sciences performance studio. The proceeds of the event will go directly to the dancers and their Italy trip. Also, there will be a series of major performances in the much larger Hatlan Theater April 8, 9 and 10.

The UCSB Dance Company will be taking a little taste of UCSB as it reaches out into the greater, artistic world of professional dance and performances, and Gauchos should take pride in the unique artistic experience available here on campus.