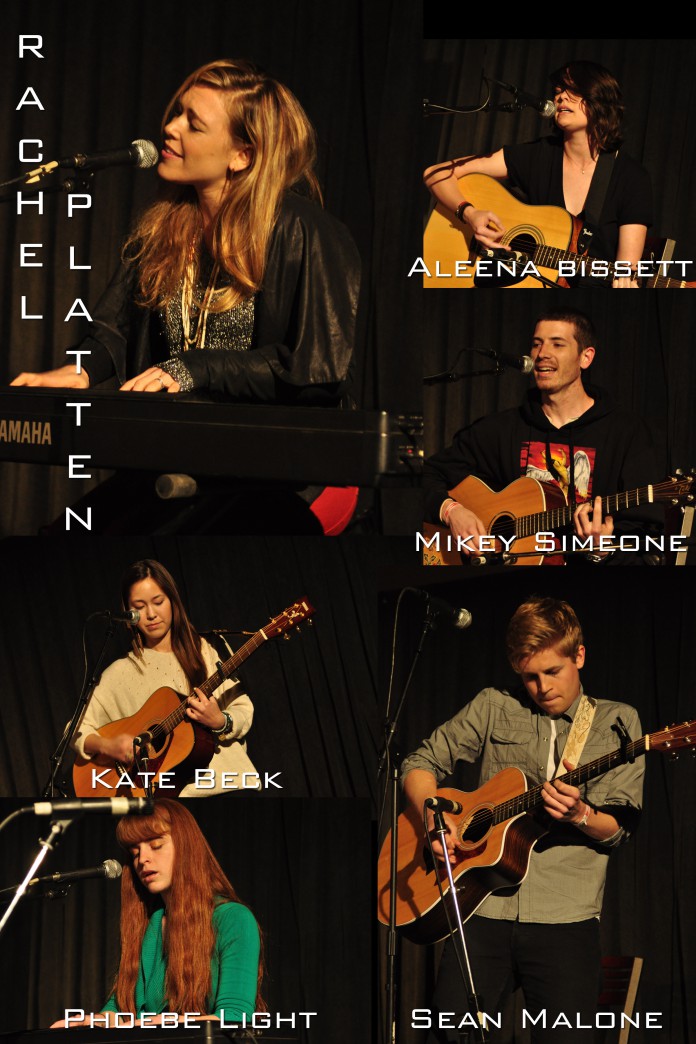 Apart from the dubstep and dance music that can be heard blasting all over campus, University of California Santa Barbara is also home to talented and original songwriters who had an opportunity to show off their work to their fellow students last Wednesday night. On Feb. 15, the Hub hosted the “Singer Songwriter Showcase,” which featured five selected songwriters, as well as a special guest, Rachel Platten. The showcase was very laid-back and low-key, with each songwriter performing three of their own pieces or covers.

Mikey Simeone, a fourth-year mechanical engineering major, started off the night with a cover of “A Day In The Life” by the Beatles. Simeone demonstrated his guitar skills with catchy intros into two of his original songs, one of which was written for his fiancé, Emma. He ended his set by demonstrating a short and skillful guitar riff that he composed.

The next performer, Kate Beck, a third-year religious studies major and music minor, also brought her guitar on stage. She began her set with a song she wrote called “Rain and Shine,” followed by a cover of “Sweet Pea” by Amos Lee. To wrap up, she sang one more original piece, “Swing By,” and walked off the stage to loud shout-outs from friends in the audience.

A keyboard was brought out for the third performer of the night, Phoebe Light, a third-year linguistics major, who began by telling jokes about finally finishing midterms. She explained that she would not be performing a cover like the other students. Instead, she performed all original songs, which included “Face of Stone,” “Color Wheel” and “My Mistake to Make.”

The next songwriter to perform was Aleena Bissett, who sang two original acoustic songs that created a very calm and melodious atmosphere for the audience. Bissett then sang a slowed-down version of “You Really Got A Hold On Me” by the Beatles.

The very last student performer of the night was Sean Patrick Malone, a second-year math major, who fascinated the audience with his very powerful and dynamic guitar playing. He started off his set with two original songs, “Not in the Game” and “Fighting for Sunrise,” then ended the set with a cover of the Paramore song “Misery Business.” Though Malone told the audience that he was sick and was not performing at his best, he still impressed the audience with his songwriting and acoustic skills.

After a solid set of student performers, the special artist of the night, Rachel Platten, was brought onstage. Platten is a pop artist well known for her song “1000 Ships.” Akin to the other student singers that night, Platten is also a songwriter and performed a few of her original songs including “Nothing Ever Happens” and “53 Steps,” using only a keyboard to accompany herself. She also performed “Work of Art,” which is a theme song she was asked to write for the new ABC Family series “Jane By Design.”

Platten entertained the audience with stories of being on tour and jokes about how being a “rock star” isn’t as cool as people think. Her very upbeat and energetic persona roused up the audience as she spiced up her set with some popular 90s raps, beat boxing and covers of songs such as “Price Tag,” which she asked everyone to sing along to. After her set, Platten further indulged the audience with an encore and stayed after the showcase to sign autographs.

Overall, the showcase turned out to be a great break from the typical sounds one might hear elsewhere in Isla Vista. A night filled with talented and original musicians was definitely a nice way to spend an evening.