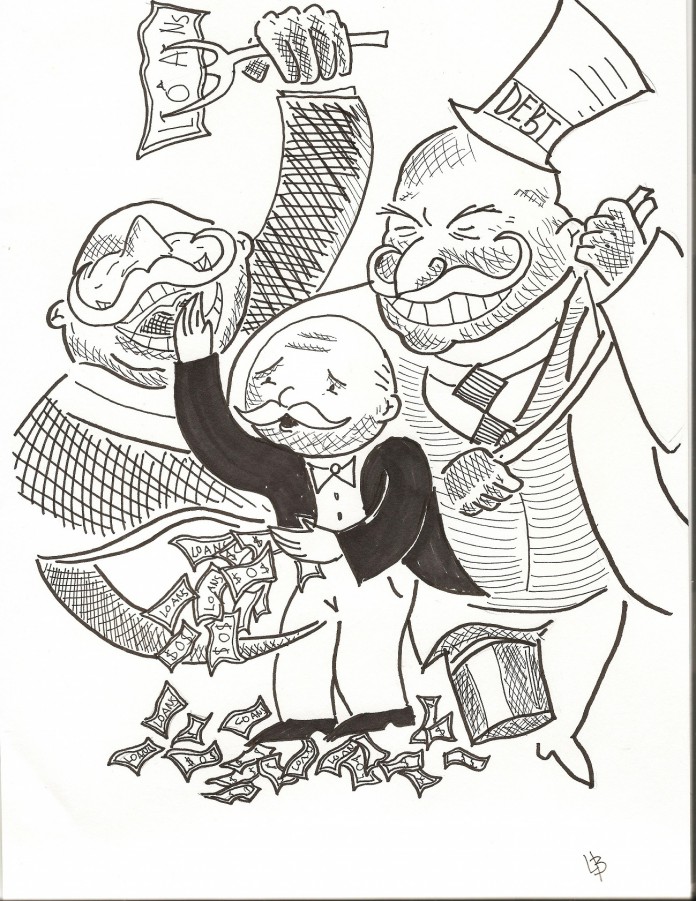 Interest rates on subsidized Stafford Loans, estimated to account for almost half of all federal student loans, are scheduled to double on July 1 unless Congress intervenes. The interest rates will rise from 3.4 percent to 6.8 percent and will cause an estimated $5,000 increase in loan payments for students.

The increase comes at a time when the cost of college is having an increased effect on students. Two thirds of college students took out loans to help fund their education this year and the average graduate loan debt is $25,000. State aid is also shrinking as 43 states experienced reduced funding for public colleges this year with more cuts expected in the future. Last year, the amount of money Americans owed on student loans exceeded the nation’s credit card debt and is steadily increasing.

Subsidized Stafford Loans are currently held at a 3.4 percent interest rate due to the College Cost Reduction and Access Act passed in 2007. The restriction comes to a close on July 1 and Congress is faced with the decision of whether or not to maintain the lower rate. As the deadline approaches, the President, members of Congress, students and others have presented various plans to address the increasing cost of a college education.

Representative Joe Courtney (D- Conn.) and Senator Jack Reed (D- R.I.) have introduced legislation to prevent the interest rates on these loans from increasing. The legislation also includes a movement to permanently cap Stafford student loan interest rates at 3.4 percent for low and moderate income students. The bills, titled H.R. 3826 S.B. 2051 respectively, call for the striking of “before July 1, 2012” to the Higher Education Act of 1965, thereby extending the reduced interest rate indefinitely.

“Student loans should be an investment that pays off, and can be reasonably paid off,” said Reed and Courtney in a joint statement. “Failing to pass this legislation will make it harder for smart, hard-working Americans to join and stay in the middle-class.”

President Obama presented his own proposal for 2013 with a $70 billion increase in education spending, up 2.5 percent from last year. The proposal involves a three-year, $8 billion plan to improve career programs at community colleges and would keep federal Stafford loans interest rates from doubling for college students.

“Education and lifelong learning will be critical for anyone trying to compete for the jobs of the future,” Obama said in the released budget documents. “That is why I will continue to make education a national mission.”

Students from the University of California Riverside have created their own plan where students would pay no upfront cost for their education and would instead agree to pay five percent of their income for the next 20 years after graduation. The plan, entitled UC Student Investment Proposal, is presented as a way to address the unpredictable decreases in state funding and the exponential increases in tuition costs.

“Rather than dealing with short-term issues, we wanted to develop a long-term fix for the system,” said Chris LoCascio, third-year English and political science double major and president of the group Fix UC, an organization of 13 UCR students looking for a way to reduce the impact of tuition on students, that came up with the proposal. “Right now UC is living paycheck to paycheck with an unreliable donor.”

The plan has received criticism and interest from the UC system with University of California President Mark Yudof stating that “in its current form, it’s frankly unworkable.”

Despite his concerns, Yudof has stated that he believes the plan has potential.

“We think the ideas are constructive,” Yudof said at the Board of Regents meeting Jan. 18.

The debate still continues in Congress with no definitive path forward, and unless a change is made, college students should expect to see a doubling of their Stafford Loan interest rates for the 2013 school year.