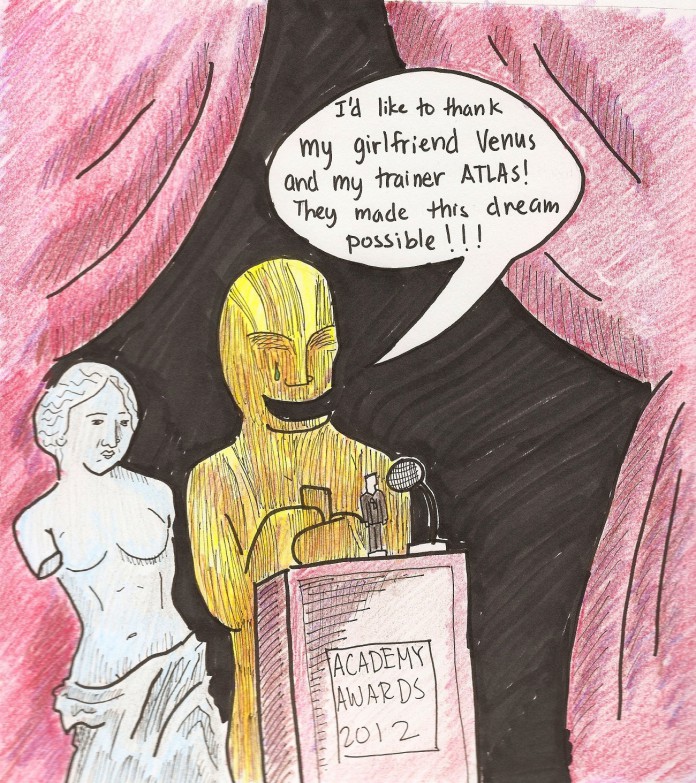 With the Academy Awards and Golden Globes now past, I can’t help but think of all the fantastic movies that were not nominated for any category, or didn’t get a nod of approval this year. Independent, foreign or NC-17 rating films are largely disenfranchised when it comes to screenings at movie theaters and being acknowledged for their cinematic value. Sure, the Academy might be a bit snobbish and prefers larger-scale movies, but they aren’t the problem. There is a much more capitalist, insidious culprit that sneaks behind you in the theaters and video stores: the Motion Picture Association of America.

The Motion Picture Association of America is essentially the people who have the power to rate movies, and decide what content in a movie constitutes a particular rating. Created in 1922, the MPAA was just a small group of production businesses. Ironically enough, these companies also owned the studios- which means if the MPAA didn’t like your movie or found it unacceptable, it didn’t get screened anywhere.

The six major production companies of Universal, Warner Brothers, Sony, Fox, Paramount and Disney continue to have a significant hold on theaters forcing theaters to play movies that are rated by the MPAA and to split the revenue produced between them. Theaters, like Century 21 franchises, have no choice but to oblige- there’s no way they would be able to survive off the profit from over-priced popcorn and super-size sodas. What a monopoly, eh?

Aside from theaters, independent films fall victim to the MPAA’s Big Brother notions. Movies like “Shame” and “Drive” are both low-key independent movies, but nonetheless some of the best films I have seen all year.

The MPAA also filters the content of movies you see in pretty insidious ways. I’m sure many of you have seen an extensive amount of violence in films, but tell me, how many movies can you name off the top of your head that includes male and female homosexuality, male nudity and female sexual pleasure? Not many. To the MPAA, these sorts of topics are just culturally unacceptable and obscene. They refuse to recognize the growing subculture and realistic portrayal of women that does and will continue to exist in society.

Who are the MPAA? No one knows. They are the only public service organization besides the CIA that does not disclose who their members are. Although the documentary about the MPAA “This Film is Not Yet Rated” actually reveals who the members of the 2005 board, it is still a mystery. They refuse to reveal these individuals, but insist that they are all parents with children aged 5 to 17 (which the documentary proves to be false). This secretive organization plays by its own rules. They have no training process for selected members and there isn’t even a guide for rating movies. Why does the MPAA refuse to be clear or public about their proceedings, guidelines, and raters? What are they doing that is so secret?

These are the people who rate the movies you get to see. They decide what’s acceptable and what isn’t. They control the media and content of all American films. They get to tell you to conform to their opinions. They have the power. The MPAA denies filmmakers, actors and the people of America the unadulterated art and culture that vibrantly exists in this country. Without that, what freedoms does anyone really have?