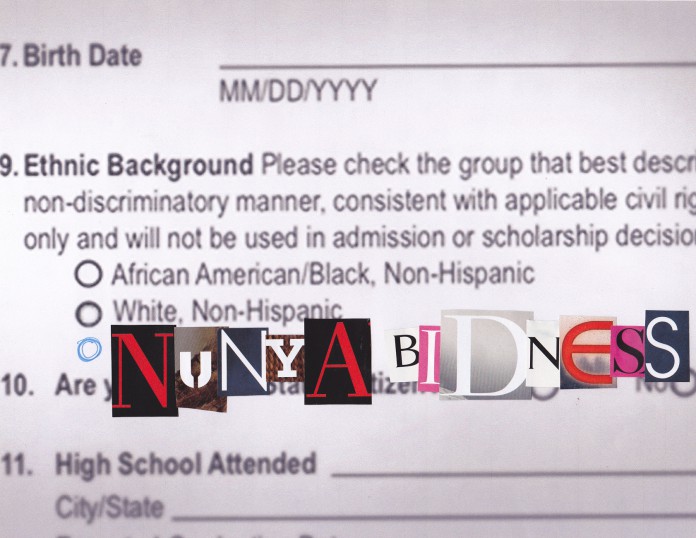 Like it or not, affirmative action is back in public discussion. The Supreme Court has agreed to hear a case involving race-conscious admissions at the University of Texas.

The case was initiated by Abigail Fisher, a Caucasian student, who said she was denied admission from the University back in 2008 on account of her race. The Supreme Court’s agreement to hear the case rekindles a long history of affirmative action disputes in American universities.

Back in 2003, the Supreme Court upheld affirmative action in public universities after Grutter v. Bollinger, a lawsuit, like Fisher’s, involving a white student who felt the University of Michigan denied her because of her ethnicity. The Court’s decision allows public universities to use race as a determining factor when reviewing admissions. However, note that because of California’s Proposition 209 in 1996, the California State University and University of California systems are prohibited from using race as a determining factor in their admissions.

If the Supreme Court rules the decision to deny Fischer upon her race as unconstitutional, affirmative action will be abolished, and schools will no longer be able to shape their student bodies the way they want. A ban on affirmative action will create nationwide controversy. Many people fear that universities will lose much of their black and Hispanic populations. Both groups have seen their numbers at universities rise since the implementation of affirmative action. Subsequently, a huge majority of Caucasian and Asian student bodies will replace them.

Is affirmative action just? Is it right to give certain people extra consideration because of their race?

According to Collegeboard, in 2009, the average SAT scores for white and Asian-Americans were 1581 and 1623 respectively, while the average for Hispanic and African Americans totaled to 1362 and 1276 respectively. Affirmative action permits colleges to select minorities with lower credentials than majorities with higher marks.

However, affirmative action has placed a label on minorities, specifically African-American and Hispanic, categorizing all of them as economically disadvantaged in education. Rather ironically, it has worked in favor of those minorities who are wealthy but less qualified students. This conception of “disadvantaged” students does not take into consideration minorities who come from affluent backgrounds. In many cases, wealthy minority students are accepted into schools solely due to their race because they are placed in this “disadvantaged” category. These students are usually chosen over majority students with the same or higher caliber of stats. The affluence of such minorities falsifies any difference in educational opportunity between the two. In this scenario, picking the minority over other more qualified students is simply racial discrimination and incorrect. Both students’ applications should be seen as equal. In conclusion, affirmative action is not entirely fair, and it should not be used as a method for selecting prospective students.

A solution to the unfairness of the current system would be to allow colleges to judge students by income. After all, the underlying reason for the existence of affirmative action is the uneven comparison in wealth and educational opportunity between races. In this way, minorities with low-income will receive special consideration, while those with higher-incomes will be examined in the same pool as majority students. Diversity will be preserved. Implementing such policy will give more opportunity to low-income minorities, and thus steer our nation away from any color divisions and towards one where students will be viewed as people rather than a race.