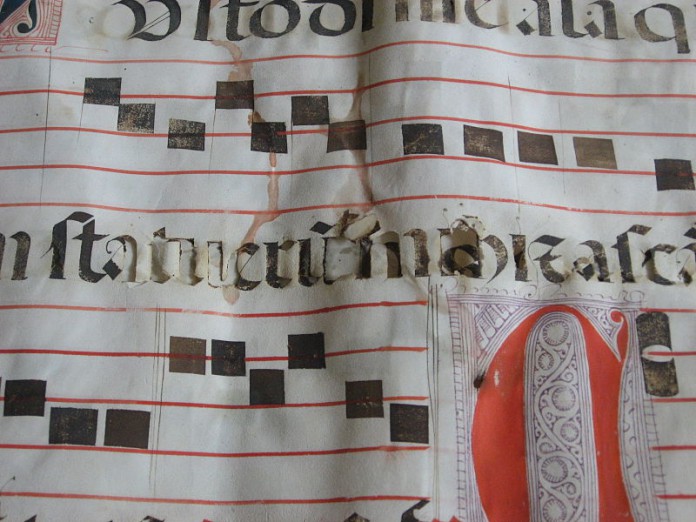 A multicultural duo performed a rich collection of Middle Eastern songs on Wednesday, Feb. 8, in honor of the Jewish holiday Tu B’shvat. Yair Dalal, a musician in residence this quarter hosted by University of California Santa Barbara’s music department, played an ancient Middle Eastern lute called an oud and sang, while professor of ethnomusicology at UCSB and director of the UCSB Middle Eastern Ensemble, Scott Marcus, accompanied him on the nay, a bamboo flute. A small gathering congregated in a circular room in UCSB’s Hillel building for the quiet performance, laden with symbolism.

Before playing, Dalal explained the significance of the holiday, Tu B’shvat, and its important correlation to nature. This holiday predominantly celebrates the growth of trees, as almond, grape and pomegranate trees in Israel begin to bloom during this time. Dalal chose most of the songs for their meaning: many contained messages of thanks to God for all his good graces. The songs Dalal and Marcus performed also illuminated the important aspects of the human role in nature. Everyone sang one song together in Hebrew about how humans’ ability to rejoice in the beauty of nature gives us the very vital task of protecting it.

The traditional songs performed come from a collection of sacred, ancient music of the Middle East. In addition to Hebrew songs, the duo played lyrical stories from the cultures of Iraq, Dalal’s heritage.

Dalal strives to express through his music the interrelation of the Middle Eastern cultures he comes from- Israeli and Iraqi. After years of playing the violin, Dalal picked up the oud, a type of lute known as the “king of the instruments,” as it is arguably the most important instrument in Middle Eastern music.

“It has connection to the old traditions of Jewish and Arab culture,” said Dalal.

Because of his deep appreciation for and expression of multicultural melodies, Dalal is known globally under the genre of world music. While living in Israel, he was influenced by the many diverse communities he encountered, from Jewish and Iraqi musicians, to the nomadic, desert-dwelling Bedouins. In addition to performing historically celebrated pieces, Dalal composes his own works as well. He takes great care to communicate a relationship between two traditionally dichotomized peoples- Jews and Arabs.

“As a Jew very active for peace, it’s important [for me] to share these two cultures together,” Dalal said.

To continue to enrich the Santa Barbara community, Dalal has been aiding Marcus in directing the Middle Eastern Ensemble at UCSB. The 60-person ensemble allows for a variety of talents by including a chorus, instrumental music and dance troupe, all of which are offered as classes through the music department.

A member of the audience, first-year Kevin Rudolph, said he participated in the Middle Eastern music ensemble this quarter. Although through the class he had already been exposed to this music genre, he said Marcus’s and Dalal’s performance was still a marvel to him. Another first-year, Andrew Schwartz, also gave high praise to the pair of musicians despite his former lack of exposure to the particular sound.

Whether Jewish, Arab, Israeli or none of the above, all members of the audience seemed to enjoy Dalal’s and Marcus’s vibrant performance. UCSB can expect a continuation of talent and wisdom from the pair of accomplished musicians, along with the Middle Eastern Ensemble, for weeks to come.