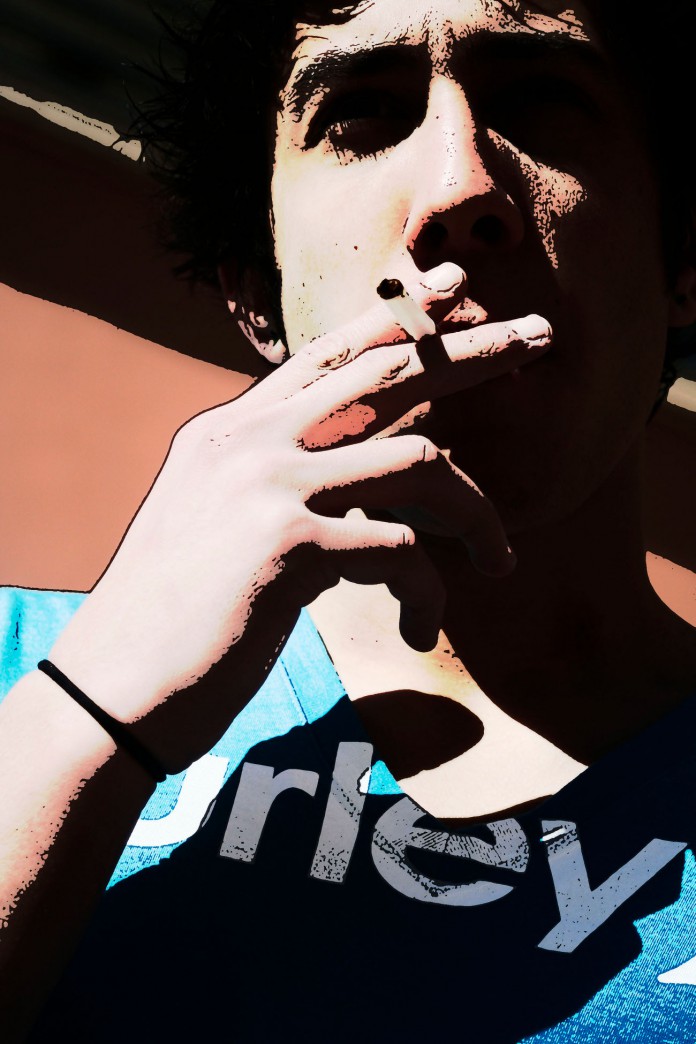 One would hope that by the time a person reaches college, they’ve begun to at least partially form their own identity, escape from the confines of their parents’ opinions and ideas and discover who they are and what they want. The university you currently pay to attend, though, doesn’t seem to think you have.

You’re still young and easily manipulated, right? You can still be swayed by peer pressure, and the simple presence of something can convince you it’s a good idea. For example, if someone was smoking a cigarette out by the bluffs at campus point, you’d suddenly want one, need one, have to have one. You, who’s of course never seen anyone smoking before college and is completely seduced by this strange object, suddenly have a craving for nicotine and smoke.

I don’t smoke, cigarettes or other things, so the ban has no effect on me in particular. I tried smoking, couldn’t stand the taste or the smoke and moved on to other things to do while lying in the grass outside my dorm. So this isn’t about me. Regardless of if the University of California decides to go through with its plan to ban smoking, my life won’t really change.

Despite what the UC system seems to believe, other non-smokers won’t see much of a shift in their day-to-day routine either. Is smoking really that much of an issue on our campus? No, it’s not. The cliché clique of high school smokers reached college and dissolved into people sitting by themselves on isolated benches between classes and work.

They’re smoking a cigarette, not releasing radioactive waste into the environment. I understand the concern over second hand smoke, but if you lived in Los Angeles at any point in your life, I’m pretty sure your lungs learned how to handle toxic chemicals. Car exhaust, the leading cause of L.A. smog, contains formaldehyde and benzene, known carcinogens, and is a key issue in the global warming debate. While the chemicals in most cigarettes do more harm to individuals than that of car exhaust, there are far fewer smokers than car drivers and I’ve yet to see a cloud of cigarette smoke hovering on top of Los Angeles; that’s all car smog up there.

You know something’s been overblown or over-addressed when even South Park can find easy ways to make fun of it. In the episode “Butt Out,” Rob Reiner, an ironically obese anti-smoking advocate, tries to ban smoking in South Park. The entire episode pokes fun at the hilarity of society avidly supporting smoking bans while it completely ignores more pressing health issues like obesity and poor eating habits. Heart disease is the number one killer in the United States and yet people like the fictional Reiner still declare cigarettes and tobacco companies to be the top enemy of a healthy society. To quote Reiner: “They’re the ones hurting our nation’s health! I will not stand by and see the children of American corrupted…”

Smoking a cigarette is as much your right as eating Doritos for lunch. I won’t condone it and urge you on, but I also won’t force you to quit just to save me the occasional run in with smoke. I would hope you’re all mature and self-con?dent enough to make your own decisions about smoking and your personal health. If smoking doesn’t appeal to you, don’t smoke. But if you do like smoking, I’ll be the last person to suggest that forcing you to walk to Isla Vista is a good way to make you change your mind about it. If anything, it’ll just be an irritant, viewed as unnecessary legislation that gives the UC system a sense of accomplishment since managing to fund education is still beyond their reach.

Way to focus on what matters, University of California. I guess they thought college just wasn’t stressful enough without being denied a relaxant.