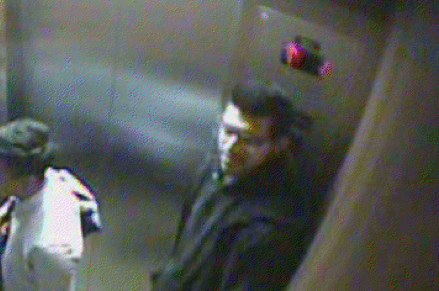 On Feb. 5, multiple bedrooms in the South Tower of the Santa Catalina Residence Halls were burgled between midnight and 4 a.m. The unidentified burglar took various items including four laptop computers, an iPad, a laundry basket and several blankets from numerous unlocked rooms on the third, fourth and eighth floors. Campus Police are seeking the community’s assistance in identifying a person of interest whose image was captured by the security camera in the elevator. The suspect is not believed to be a Santa Catalina resident.

Corporal Matt Bly is the lead investigator on the case and urges students to contact the University of California Santa Barbara Police Department with any relevant information.

“These types of crimes are rare in that the subject entered rooms at night and stole multiple items from multiple rooms. It is more common in Isla Vista. There are few forced entries, people usually enter through open windows or doors,” said Bly.

UCSB’s number one crime on campus is bike theft, compared to what else it could be, that is not a bad statistic. The laid back atmosphere of the campus tends to create a sense of trust, if not nonchalance, among students. Nevertheless, an unlocked door can sometimes be perceived as an open invitation to commit what is called a “crime of opportunity.”

Even with a front desk open 24 hours and Community Service Organization officers patrolling the halls at night, Residential Life Director Charlene Chew-Ogi urges students to help keep themselves and each other safe by securing their doors and reporting suspicious activity.

“Students like to be around each other and they tend to think of their room door as their bedrooms at home, but they need to lock their rooms like they would the front door of their house, especially at night,” said Chew-Ogi.

Not much is spelled out in the Residence Hall Policies as to what a student should do in the case that they are a victim of theft, but Chew-Ogi also suggested that students look into property insurance when applying for housing.
There are two companies that insure residence halls at UC Santa Barbara. Unfortunately for students who did not sign up for these programs, the University of California is not responsible for lost items.

The major concern for campus police is identifying the person of interest. They seek to recover all stolen property in the process. Bly suggests that students concerned about their valuable electronics, particularly laptops, look into an anti-burglary software that can be installed in their devices. Some enable your laptop to snap a picture of the suspect and potentially provide GPS tracking. Also, residents should be watchful.

“If students see an unrecognized person on their floor, they must report it immediately, either to the Residence Hall Staff or to the police,” said Bly.

If you have any information on the identity or location of the male subject wearing the dark colored hooded sweatshirt, you are encouraged to contact UCSB PD at (805) 893-3446.