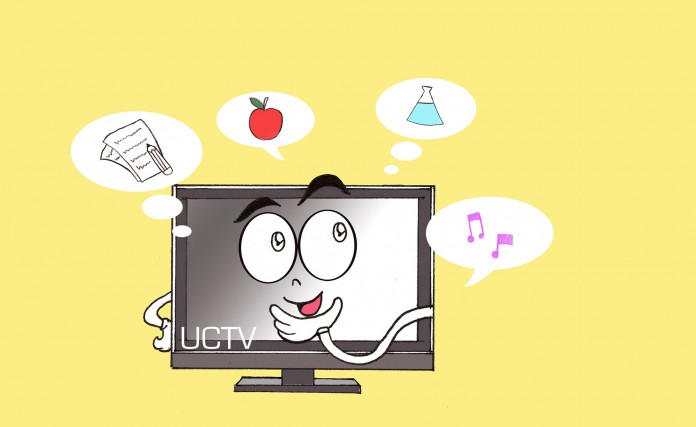 Grab the remote and change the channel to 72. Santa Barbara, Goleta and Carpinteria residents now have access to 24-hour educational programming thanks to the debut of UCSB TV, a branch of the UCTV channel. The purpose of UCTV is to provide knowledge and input from a variety of UC campuses about numerous subjects, including public affairs, arts and music, education issues and science, which University of California Santa Barbara has contributed about 30 percent of the programming since UCTV first aired in 2000. UCSB TV focuses on the same topics, but those that are relevant to UCSB in particular.

As well as enjoying UCSB TV on channel 72 on the Cox Cable Network, audiences can view it online via live stream, which requires a Flash player. As a boon to viewers, there’s an online video archive for specific programs as well as both audio and video podcasts, perfect for educational enrichment when traveling or waiting for another class. Current podcasts on UCSB in particular include talks such as “The Role of Women in Promoting Peace and Democracy in the Middle East”, “Change and Challenge for Entrepreneurs & Innovators” and “The Rebbe and The Resurgence of Orthodox Judaism.”

Despite its influence on the spread of news in the UCSB community, some students are still not aware about UCSB TV.

“I’ve vaguely heard of it. I feel like it’s something I could learn from. I should probably try watching it,” said first-year political science major Beatrice Contreras.

Upon learning of the new channel, she eagerly admitted that despite not having a TV herself, she would “definitely watch it on someone’s TV. I bet there’s some informative programs.”

Other students met the news of UCSB TV with either mild surprise or indifference, citing overall the fact that educational television has a reputation for being dull and poorly produced, something UCTV’s programming strives to avoid.

Chelsea Genack, a fourth-year religious studies and psychology major, said that she had not heard of UCSB TV and wouldn’t watch it unless “a lecture was given on something I liked, but that’s about it. I don’t really watch TV anyway. The programming offered would have to be really good to get my attention.”

Though produced by a variety of sources, UCTV has become more streamlined over the past decade, providing an exciting opportunity for cultural enrichment and learning for the UCSB community.

The UCSB Office of Public Affairs did not respond in time for print, but Chancellor Yang said in a press release, “From the humanities and fine arts to science and technology, our campus–and the UC system as a whole–offers a wealth of educational, informational, and cultural events. This new higher education channel will allow the entire Santa Barbara area to be part of our dynamic learning environment.”

This co-mingling of education and media is a fresh opportunity to spread and share knowledge across all the UC campuses, breathing new life to the phrase “watch and learn.”