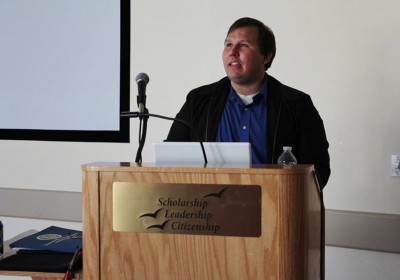 With students now contributing more financially towards paying for their UC education than the state of California, appointment of the new student regent-designate may garner more attention and scrutiny than ever this year.

“I felt enormous pressure when I took this job,” said Stein. “Students need the best possible advocate, period, and I’m still struggling with how to deal with that.”

Mireles explained how although student regents may craft a personal agenda at the beginning of their appointment, it’s difficult not to get caught up with the issues currently at hand for the Board of Regents.

“What you thought you were going to do as a student regent is completely different from what you end up doing in the job,” said Mireles. “The next student regent has to understand that a significant part of the job is responding and reacting to things outside their control.”

According to Miles Ashlock, associate director of the Office of Student Life, around five UCSB students apply for student regent designate each year, with no more than 20 applicants from each campus.

As Sacramento continues to decrease state funding of higher education, UC students are clamoring for more student-friendly representation on the UC Board of Regents in hopes of deterring more tuition increases.

“It’s worth acknowledging that [students] are a minority voice in a way that is completely unacceptable on the Board of Regents,” said Stein. “Representation on the board is completely out of whack.”

However, Stein also acknowledged that student regents have the ability to influence policy in small, but important ways that often go unseen by the rest of the student body.

“We’re light years away from where we need to be with student regent interactions,” Stein said. “But we’re way ahead from where we were 12 months ago.”

When UCSB students asked Stein and Mireles what was the biggest challenge a student regent had to overcome, both agreed that it was balancing the strenuous time commitment expected of them.

“It has to be something you are really committed to outside reasons of personal gain,” said Mireles.