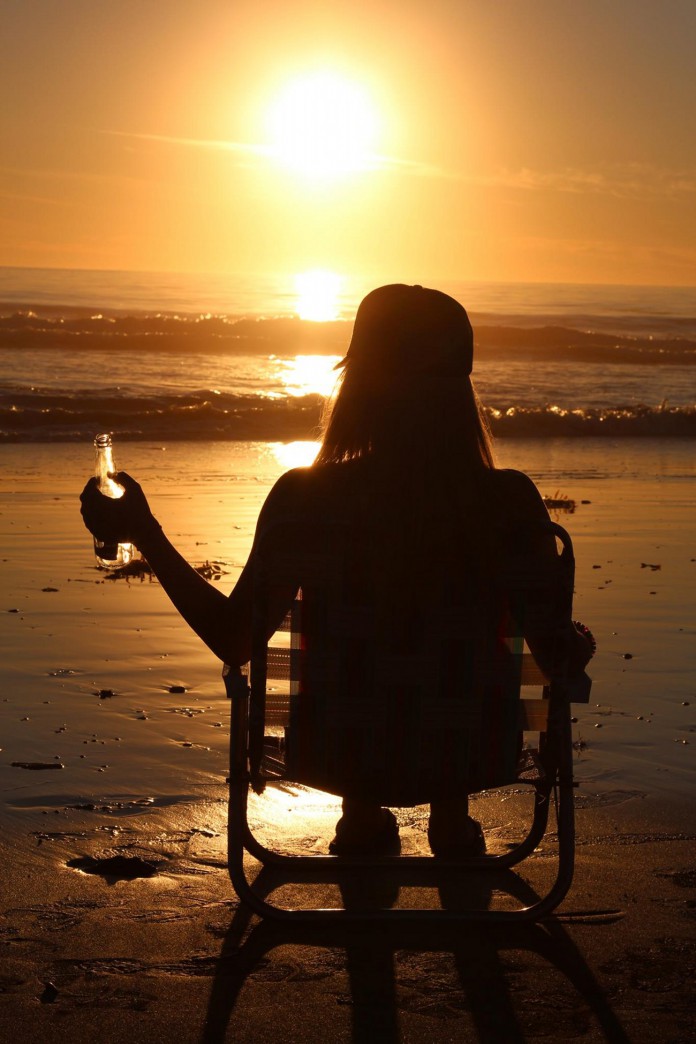 While I was traveling the East Coast for winter break, I never wanted to leave New York. There were just so many things that the city had to offer! Watching Broadway musicals three days in a row, clubbing with random and hot exotic guys who bought us limitless cocktails, all under the bright city lights just like in Jay-Z’s song–I couldn’t help but wonder if University of California Santa Barbara was the best choice for my study abroad.

Isla Vista is such a small town where there is nothing else to do but party. It seemed like my other Education Abroad Program friends with whom I traveled with felt the same way; they started complaining about the dissatisfaction they had concealed the past quarter and how much they miss home.

However, it wasn’t long after my return to IV that I fell in love again and felt completely refreshed and happy. I realized that I had forgotten how much I loved it here! Unbelievably kind people, slow and laid back place of living, fun fitness classes, enthusiastic class discussions where students actively participate and crazy parties right after… Well there are reasons why this place is often called heaven on earth. And really, I think all these wouldn’t be possible–if not for the weather.

On the East Coast, especially in Boston, it was 10 to 15 degrees and we had to wear layers and layers of clothes–stockings under jeans, two pairs of socks, long t-shirts and a cardigan, a thick winter coat, a scarf and a hat. And yet, we were still freezing to death! We had to stop every 15 minutes or so to drop by CVS or Starbucks just for some warmth. It seemed as though there was no way to stop the cold from penetrating our clothes and reach our skin.

Cold as that may seem, it’s even worse in my country. My friends back in South Korea would send me random instant messages how cold the weather is over there. It can get as cold as -25 degrees in the winter and there is not a single year that I haven’t caught the cold.

In lovely Santa Barbara, you can eat outside or just lay on the grass in front of the Arbor under the sunlight during lunch. It’s not hard to witness fit guys in their swimming trunks coming back from surfing or girls in short party dresses–especially on Friday nights. You can wear your bathing suits to walk to the beach with your boyfriend; people even go tanning! And where else would this be possible in January?

Despite the fact that I love the weather here, I can’t deny the truth–it does get cold. In fact, it’s mostly kind of chilly anytime other than those perfect hours from noon to 4 p.m.

But I think this is rather something that, well, makes me really thankful and appreciative. There would be some places in the world where it’s sunny every day, all year round. In a place like that, great weather would be taken for granted, its awesomeness unnoticed. But here in Santa Barbara, a misty morning is followed by a dazzling afternoon so it always feels new, fresh and moving. It always reminds me of how lucky and privileged I am to be here even if only for one year.

Coincidentally, the other day I ran into one of my travel buddies at the IV bookstore, both in much lighter clothing and happier faces than we donned in winter break.

“You look happy today,” I said.

“Heck yes! I love it here. I wouldn’t want to go back home next year. Isn’t it really sunny today by the way?”

Yes, this is the California sunshine we’re talking about.