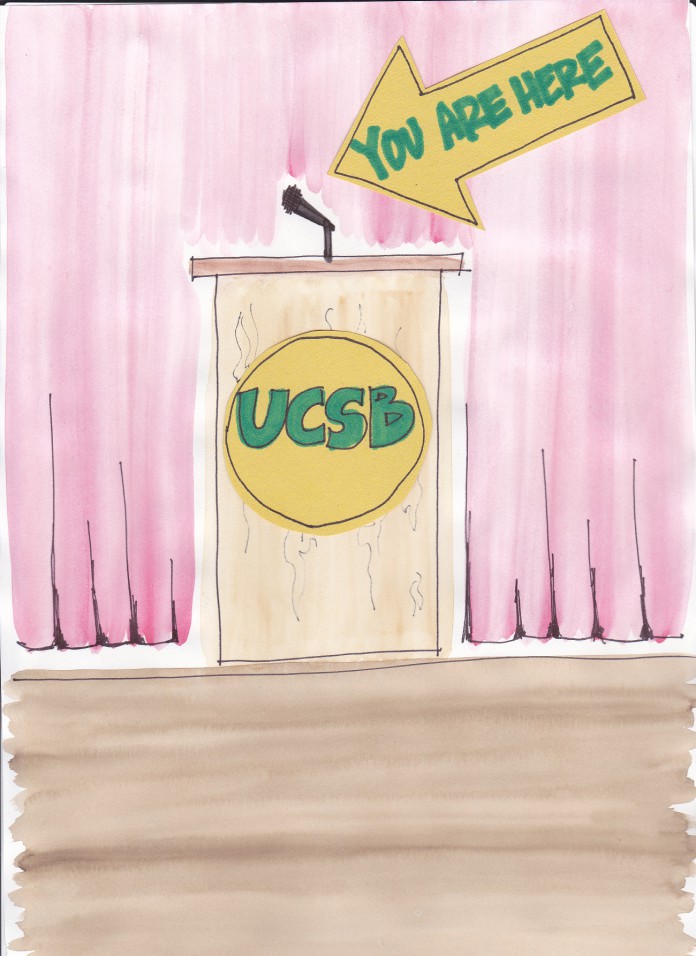 Imagine finding yourself in the midst of the Civil Rights Movement, in the throes of the Cold War and in a college environment without student representation. Fifty years ago, students in Port Huron, Mich. decided to formally address issues like this by creating a manifesto of radical thinking introduced at a conference of the Students for a Democratic Society; this became known as the Port Huron Statement.

“This document helped to advance the idea that democracy is not simply the ability to vote on your representatives every few years, participatory democracy speaks to a way of organizing societies and involving people directly in the decision making process,” said Richard Flacks, professor of sociology emeritus at University of California Santa Barbara. Professor Flacks attended the 1962 conference and helped write the statement, founding SDS.

Various social movements and a few wars later, these ideas will be revisited. On Thursday, Feb. 2, Corwin Pavilion will host “The Port Huron Statement at 50,” a conference welcoming numerous historians and members of the original conference from across the nation to the UCSB campus. Professor Flacks will open the conference with “What Happened at Port Huron.” Other speakers include Associated Students President Harrison Weber, discussing “Why Students Should Care About Port Huron” and Nelson Lichtenstein, the MacArthur Foundation Chair in History at UCSB and director of the campus’ Center for the Study of Work, Labor and Democracy.

The principal drafter of the Port Huron Statement, Tom Hayden, will be delivering the keynote address. The conference will continue through Friday evening with panels of veteran organizers working with current students and talking about how social change has evolved.

“We are focusing on the statement itself because some of its ideas deserve to be remembered, continued to be discussed and debated on,” said Flacks.
This exchange of concepts and experiences could not have come at a better time. With the wave of youth activism in the Occupy movement, the fervor of students to participate in collective action on the grass roots level is arguably compatible with that of students in the sixties.

The central idea to the statement is “participatory democracy,” which is a term introduced by the SDS in the Port Huron Statement that urges citizens to question how they can reorganize society. The Port Huron Document encouraged students to start asking these questions 50 years ago, and by revisiting, it will spur those questions again.

“Breaking down hierarchy is what we were calling for,” said Flacks. “It can be extended to workers, neighbors in communities, any institutional setting, even the family–it could be challenging for the right to be heard, children as well as parents, women as well as men.”

These sentiments are very much alive in students today, particularly those of the UC system, suffering the consequences of the budget cuts in education and the ever-increasing prices of tuition.

The Statement concludes with these words: “As students, for a democratic society, we are committed to stimulating this kind of social movement, this kind of vision and program across the country. If we appear to seek the unattainable, it has been said, then let it be known that we do so to avoid the unimaginable.”

“I think we need vision now like we needed 50 years ago. We need to go beyond talking about specific issues and talk about what kind of society we want to live in,” said Professor Flacks regarding today’s activists. “People used to think there is no use in imagining alternatives, now the time is right for imagination to make a comeback.”

Thursday night Feb. 2, students will have the opportunity to mingle with previous generations of activists over dinner hosted by the Faculty Club. For more information about the conference and your chance to interact with these movement leaders, visit http://www.history.ucsb.edu/projects/labor/porthuron50.html