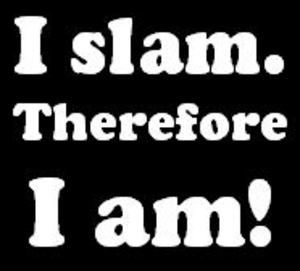 Thus did Sarah Kay and Phil Kaye begin the ?rst ever Poetry Slam Showcase on Jan. 22 with their poem, “This American Life.” The piece covered topics ranging from modern broadcasted politics and oil dependency to the Alien and Sedition Acts of 1798, and was a thought-provoking start to a night ?lled with both heavy and light emotions as poets presented their original works.

The Poetry Slam Showcase, which went from 7 to 10 p.m., combined Sarah Kay and Phil Kaye, founders of Project V.O.I.C.E (Vocal Outreach Into Creative Expression), and eight University of California Santa Barbara performers with a stage and an audience to simultaneously enjoy and critique their poetry. Kay and Kaye set the mood with several of their own pieces, including Kay’s piece “If I Should Have a Daughter” and Kaye’s “Geicko Gecko.” A quick break followed the hosts’ presentations where t-shirts and books were available to be bought and signed by the duo before judges were picked from the audience and the competition began.

The true power of spoken word like that presented at the Poetry Slam comes from the writer’s personality, adding life to beautiful and often quirky words to transcend the literal text of the poem. Using their vastly different personalities, each poet added something different to the showcase as Macias said “the hood is misunderstood” while Anter proudly declared, a slight sigh to her voice, “me, just a girl and you…a hipster” and Yamamoto revealed that “lately I’ve been looking at my life like it’s one long melody.”

A distinctive aspect of the Poetry Slam is that no topic is off limits. Though some of the subject matter was sobering, like Miller’s piece describing a childhood friend who committed suicide, the poets presented their work in a way that had true emotion mixed with enough humor throughout to keep the serious parts focused but not overwhelming. Rosenberg, in particular, managed to ?nd the humor in her stories as she discussed her lack of ferocity.

“Can’t sleep without a light on. I’m terri?ed when someone’s nails get too long. I complain when my hands get clammy and I cry during ‘Extreme Makeover: Home Edition’ because it’s just so nice when they get their new house,” she said. “So let’s get real. If it came down to me and some crazy chick, I would die.”

Despite the competitive nature of the event, the Slam maintained a lighthearted air, though the judges, when giving out low scores, did not escape the angry calls from the audience. The night ended with photos and more autographs, from both the hosts and the UCSB poets. Several of the presenters, including Fan, Ramos and Macias, can be found on YouTube, where their words reach a broader audience than the UCSB campus. Many of them are also regulars at similar events, perfecting and ?ne tuning their art. As Kay repeated throughout the night, “clap for the poet,” and make sure to go support your fellow UCSB spoken word enthusiasts.