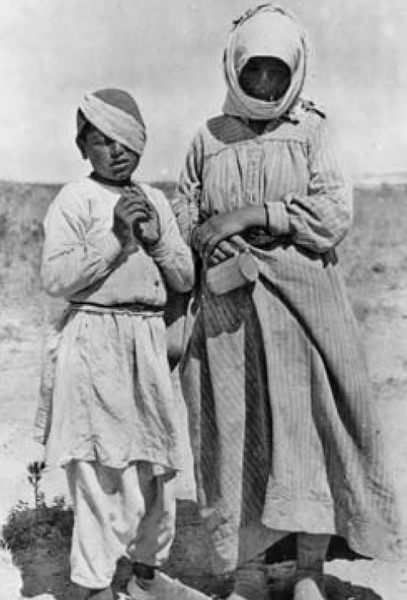 Students from the Armenian Student Association gathered on Jan. 26 to protest the globally unrecognized genocide that occurred in 1915, and to raise awareness about the genocides that are currently taking place.

“Our goal is to spread awareness rather than commemorate Armenian Genocide every April 24,” said Leslie Aguilar, a third-year psychology major and secretary of ASA.

Because of the lack of a world-wide acknowledgement of the Armenian Genocide, students are relentlessly working to make their voices heard so the United States will recognize what is going on to get Turkey to ultimately admit to their wrong doing.

Beginning in the 1800s, the Armenians were treated unequally by Turkey, and were not allowed to own property or businesses. As the early 1900s came around, full discrimination against the people commenced as the “Young Turks” decided they wanted a country free of minorities.

“The Turkish government rounded up Armenian intellectuals, which included teachers, artists, writers–anyone who could possibly be a leader and execute them, so this would make us a leaderless people,” Shant Mirzaians, a third-year political science major, said.

ASA emphasizes that as these executions continued to take place, men like Adolf Hitler noticed that massacres were occurring and not much was being done about it, influencing him to believe actions such as these were acceptable.

“If the Armenian Genocide had been recognized, there could have been a very good chance the Holocaust wouldn’t have occurred,” Jaratanian said. “Hitler is quoted, ‘After all, who remembers the genocide of the Armenians today?’ It made him think it was okay to do something like that onto another race.”

According to ASA, one critical thing to prevent genocide is recognition. Once a society becomes aware of the various genocides that take place, it will be able to step up and convey to the rest of the world that such behavior is not acceptable. Thus, future generations will perhaps refrain from committing the same mistakes.

As a branch of the nationwide group, University of California Santa Barbara students continue to push their respected congressmen to pass a bill that would grant Armenians the justice they righteously deserve by officially recognizing the 1915 Armenian Genocide as a genocide. However, it has not been passed, and some believe the lack of passage to be an attempt to keep Turkey as an ally to the U.S.

“Turkey is the one Muslim country that is an ally in the Middle East, so the United States wants to keep it on friendly terms with them,” Mirzaians said. “They [the U.S.] also have military bases in Turkey that they needed to use in the Iraq War and in Afghanistan. Turkey is also prominent member of NATO. It is because of these politics the U.S. doesn’t want to upset Turkey.”

Other countries are beginning to recognize the event and making it clear that genocide is not tolerable.

“Recently France recognized it and made it a crime to deny the genocide or any genocide,” Jaratanian said. “We’re here speaking out for every genocide.”