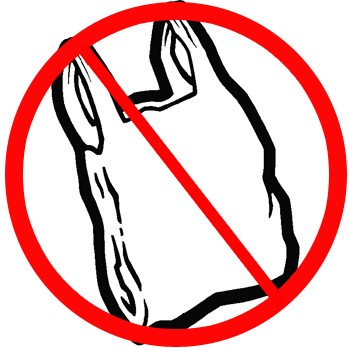 The residents and city council of Santa Barbara are debating the passage of a citywide ban on single-use plastic bags. The city council suggested lowering the severity of legislation from a ban to requiring major supermarkets to offer customers reusable tote bags at affordable prices and train employees to encourage customers to switch. Supporters of the ban, including CALPIRG and University of California Santa Barbara’s Coastal Fund, claim this is not a strong enough stance against the negative environmental effects of plastic bags and encourage city council to follow cities like Long Beach and Calabasas that ban plastic bags.

This is not the first time this issue has been debated in Santa Barbara. In 2009, the city council began the “Where’s Your Bag” campaign, promoting education about the environmental and health dangers of plastic bags and encouraging purchasing reusable tote bags. Albertsons, Ralphs and nine other major produce outlets joined the campaign and now sell the bags.

A campaign two years ago worked to ban plastic bags, but failed to secure favorable vote in the city council. Despite its defeat, members of that campaign believe it served an important purpose.

“I don’t think it was a failure because we were able to educate and inform people,” said Anthony Rum, a UCSB graduate who worked on the campaign.

For this new campaign, Rum advised campaigners to stress why people should switch to reusable bags.

UCSB students and clubs have gotten involved with the campaign and placed signs promoting the ban around the UCSB campus.

Ally Gialketsis, Rise Above the Plastics Coordinator for the Isla Vista Surfrider Foundation and fourth-year environmental studies major, said the campaign is better prepared this time.

“We’ve stepped it up a notch,” said Gialketsis, “Our primary goal is to eliminate plastic bags at UCSB, but CALPIRG and Surfriders specifically are working on downtown efforts.”

City council and members of the community have expressed concern about the effects of the ban on consumers and businesses. In July, the Santa Barbara Independent reported city council member Dale Francisco supported a successful plan to take the issue to city voters in the form of a ballot initiative that would impose a tax on plastic and paper bags. The Independent states, “To the extent there actually is a problem, they [city council members Frank Hotchkiss and Michael Self] insist, education, cooperation- and new technological quick fixes–are the solution, not legislation and regulation.”

The Isla Vista Food Co-Op, a community owned business, has been operating without plastic bags despite no law existing.

Melissa Cohen, general manager of the Co-op, said the store has made ongoing attempts to encourage environmental sustainability.

“My first action as general manager was to get rid of single use plastic bags,” said Cohen. “We’re of course in support of a plastic bag ban to a degree.”

For Cohen, encouraging her customers to use the reusable tote bags the Co-op offers and allowing them to intermix fruits in a single plastic produce bag allows the customers to consciously change to environmentally healthy habits without enforcing a law.

As pressure to ban plastic bags grows throughout the state, other businesses are raising concerns businesses in and out of Santa Barbara have.

Peter M. Grande, president of a plastic bag manufacturer in Los Angeles County, wrote in the Los Angeles Times that a ban in his city would have severe negative effects on his business.

Grande wrote that he would have to fire 200 people almost immediately should the ban go into effect.

Assemblywoman Julia Brownley told the California Progress Report, an independent online journal, that she will have the California legislature reconsider the Brownley Bag Ban, a state-wide ban on plastic bags. The ban was originally defeated in 1998, but Brownley said she will continue supporting similar measures.

“I am committed to seeking a statewide ban on single-use bags,” Brownley told CPR. “I have not yet decided whether I will amend AB 298 [Brownley Bag Ban] to do that, or if I will find an alternative method for accomplishing my goal.”

California as a whole will likely have to decide what legislative route to take in regard to single use plastic bags, but for now the Santa Barbara City Council is still debating how to address the issue.

Alyssa Hall, member of the UCSB–Plastic Pollution Coalition, is a supporter for eliminating the bags.