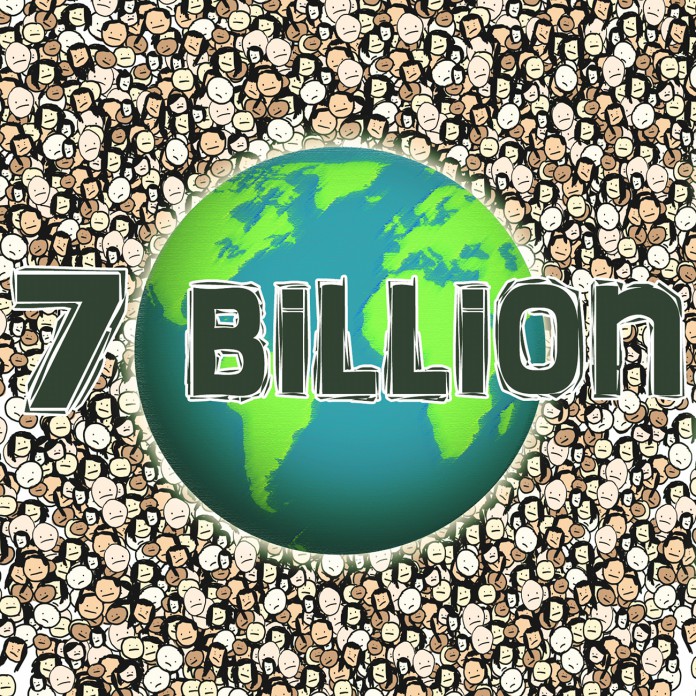 Human population numbers reached seven billion this past week, an exponential growth trend continuing since the Black Death in 1350 where population stood at 370 million. But with modern medicine and advancements in technology, research is showing that the average life expectancy is going up in many countries- while the Earth’s resources are only dwindling.

According to the United Nations, it will only be another 14 years before the world population is expected to reach eight billion people. This news comes at a time of job insecurity, high rates of unemployment, widespread hunger and concerns over the future of energy for the United States and the world, causing governments to worry about how they’ll handle the strains in an ever more crowded world.

For developed countries like the United States and most of Europe, the number may not have a large effect. Developed and stable countries are known to have low fertility rates. The United States, with an average birthrate estimated to be 2.06 children per woman, is just below the replacement level of 2.1 while the United Kingdom is estimated by the CIA to have a birth rate of 1.91, below replacement level.

It’s in less developed and developing countries that birthrates continue to remain high, though they have been decreasing in recent years as information concerning birth control and industrialization has spread to poorer counties. Despite this, Asia and Africa continue to have the highest populations with around four billion and one billion respectively and African countries like Niger and Liberia have birthrates between six and seven children per woman. India and China alone each have over 1 billion people.

There’s a fear among some members of society that this unchecked growth will cause an overcrowding of the planet until resources become stretched too thin to support the population, leading to mass famines and deaths.

Daniel Montello, a UCSB professor in the Department of Geography, believes the issue to be a matter of poorly allocating resources rather than their depletion.

“Population growth is a resource and environmental problem, but not as dire as many of us thought it was until recently,” said Montello. “If we could effectively distribute food from the well-fed, even over-fed, parts of the world, like the U.S., to the poorly fed parts, we could largely put an end to hunger. To a large extent, poor food distribution is a political problem, not a population problem.”

Other people doubt the importance of this number. Technological innovations and new means of producing food have increased the planet’s ability to supply for the increased population.

George Friedman, author of The Next 100 Years and founder of the private intelligence and forecasting company, STRATFOR, anticipates that a shortage of labor, not an excess of population, will be the problem in the future as nations with extremely low birthrate try to encourage in immigrants to ?ll an empty country.

“Between declining birthrates and slowing increase in life expectancy, population growth has ended,” Friedman writes in his book.

He goes on to claim that as birthrates decline, the need for labor will rise.

“For the foreseeable future, the problem will be that there is simply not enough labor to be employed. Every advanced industrial country will be facing the same problem.”

For the time being, however, jobs remain in high demand and short supply, only increasing worry over this seven billion mark. As the number continues to rise and, by 2025, potentially hit eight billion, humanity will undoubtedly have to adjust, both socially and economically, to a world that is only getting smaller.

Slideshow: UCSB Shout it Out Bingo