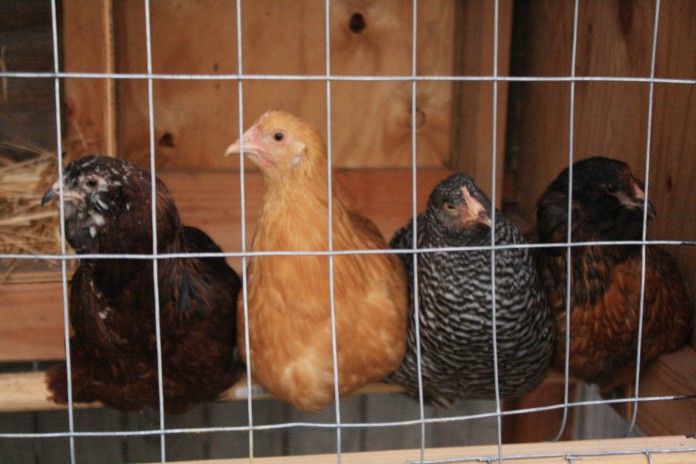 There’s a phrase amongst the dining halls that strikes fear into the hearts of University of California Santa Barbara students. It’s more horrifying than the worst slasher movie. It’s more sigh and groan inducing than a “Twilight” movie. It’s incomprehensible and weird and few students understand it. It’s Meatless Mondays and for anyone working in the dining halls, like me, it leads to a sudden surge of students away from one dining hall to the others.

Meatless Monday at DLG means a stampede of students to Ortega, swamping us and making lunch and dinner shifts complete misery. Until the “Ahhh. Got it,” moment that happens during our break when we hear about the reason, we’re all confused and overworked. Freshmen invade, hunting for beef and chicken.

As a vegetarian, Meatless Monday has about as much of an effect on me as poking a lazy cat; I’ll acknowledge it, but at the end of the day, my routine’s not going to change. I still end up eating a salad and soup, probably munching on a cookie, and calling it a day. My friends aren’t so calm about the whole thing.

For them, Meatless Monday means they’re going to starve. It’s the one day they go into IV for their hour lunch between classes, and it’s the day when they look at me with starved faces, internally screaming about how I must be crazy to live without meat. How could I ever consider something to be a meal without meat? It’s just not a full plate without a slab of cow crowding up the edges.

I’ve been a vegetarian since elementary school, basically as long as I can remember. I grew up in a household of carnivores so I hold no animosity. Be free, carnivores of UCSB, and roam the halls in search of steak. I’ll be the last one to stop you. Meat for me is a health issue and I will be forever jealous of anyone capable of eating an In ‘n’ Out burger without getting sick.

Still though, I don’t get the extreme hatred for Meatless Mondays. Is that really all you eat when you go to the dining commons? At the very least, it should be viewed as the one day of the week you’re making a tangible environmental impact (unless you’re one of the many eco-friendly students on campus and all the more power to you if you are).

The livestock industry accounts for 18 percent of global greenhouse emissions contributing to global warming. On top of that, the volume of food cows consume, food that could be given directly to starving people, is far greater than the volume of meat they provide. Hate to be the bearer of bad news, but some studies even suggest that vegetarians and vegans live, on average, six to 10 years longer than meat eaters, though I’m pretty sure my personal sweet tooth negates any health bene?ts. The bene?ts, both globally and personally, are there.

Still, I’m not expecting anyone to convert to full vegetarianism simply from this article. It’s a complicated process involving substitutes, supplements and ?nding out what restaurants you’ll basically starve at because they don’t serve vegetarian anything. It happens. Black Angus hates me. The point is one day of vegetarianism won’t kill you. At the very least, it’ll expose you to new foods and you’ll save some resources. So go ahead. Eat up that salad. I recommend the balsamic.