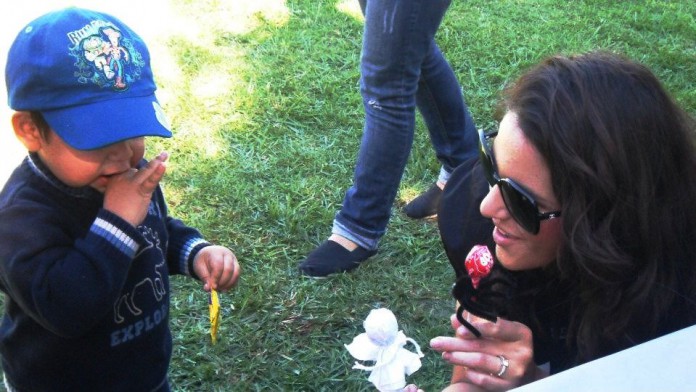 Not many people regard Isla Vista as a “family friendly” town because of its association with University of California Santa Barbara’s party school reputation and population of college students. Those familiar with a typical Friday night on Del Playa, such as freshman Elevin Servin, may be quick to think: “Raising kids here? That’s crazy!” What is not often realized, however, is that there are families who live here and love it.

Cynthia Tello, a UCSB freshman involved with the campus organization Curanderos, helped host the Safe Halloween Carnival for families in IV. She explained that most families are aware of the environment and content with their community, such as the Rodriguez family.

Sixteen-year-old Victor Rodriguez lives with his family just three blocks away from the notorious Del Playa. Victor’s mother, Manuela, moved to IV seven years ago, and got a good idea of her community members while working at Freebirds. With nearly all college age neighbors, the family admits occasional noise problems, but mostly considers everyone to be respectful. Party goers even invite 53 year old grandma Rodriguez to join them from time to time.

After growing up in IV, Victor is familiar with the IV lifestyle. He often goes out to DP with his uncle, racking up to $60 after Halloween just by recycling bottles they gather in the area.  Just like any UCSB student, Victor is fully aware of how common bike robberies are in Isla Vista. Luckily, no one has been crafty enough to snatch his classic 1890 low-rider bicycle that was handed down to him from his great-great grandfather.

Halloween, in particular, is the time of year that the Rodriguez family goes along with the ride and enjoy watching the parade of people. Victor, along with his parents, grandparents, uncle and two-year-old brother, always sit at the same spot on DP and have a great time laughing at the interesting characters who roam the streets.

They, too, commented on the decrease in attendees this year.

“My grandma especially enjoys going out for Halloween because it helps her forget about her worries,” said Rodriguez. “When she’s out, watching all the people in their costumes, she doesn’t think about having diabetes; she just has a good time. ”

Victor laughed about the time a group of guys dressed in penis costumes chased his grandmother down the street on Halloween night and when his tipsy uncle was startled after an interrogation by someone dressed in a fake police costume.

However, regardless of the crazy shenanigans that come with living here, the Rodriguez family are an easy going group who are more than happy to be a part of the Isla Vista community.