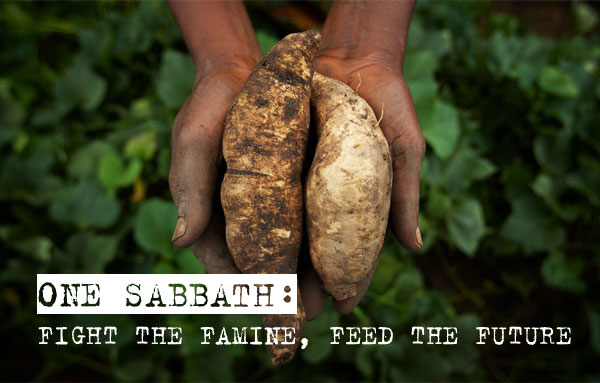 Devastating climate change, labor and economic inequalities contribute to the 925,000,000 people starving in the world today. With these grueling statistics in mind, conscious students at University of California Santa Barbara began a campus chapter of the charity organization named ONE to educate students on worldwide hunger, as well as motivate them to take action and invoke change.

UCSB’s ONE organization put on a hunger banquet to raise awareness of these issues on Nov. 17.

After an informative presentation that included a short video and student speakers, participants split off into groups based on the income level arbitrarily chosen upon entering Santa Rosa’s formal lounge. Each student received a slip of paper describing their “character” and economic situation. The groups were divided in proportion to the global percentage–the low-income group consisted of 50 percent of the world’s population, middle-income consisted of 35 percent and high-income, a mere 15 percent. By global standards, to be considered a part of the high-income population, one must make $12,000 or more per year, while low income individuals and families make less than $986 a year.

Accordingly, students received a meal that represented what a person of their income may eat on a daily basis. While the high-income group received a balanced, nutritious meal, the middle income had beans with rice, but rice was the only component to the diet for low-income people.

Quoc Peter Le, a first-year math major, was surprised to learn that the hunger issue doesn’t exist because of a lack of resources on the planet, but rather an immense disproportion in their allocation, which was taught through the hunger simulation and presentation

“It makes you feel guilty if you don’t participate in some way. It makes you angry at the world,” Le said.

The main goal of ONE, co-founded by U2 frontman Bono, is to instill this strong sense of injustice surrounding the inequalities of food distribution across the globe. As participants signed onto the event, each took a photo with a white board stating, “What happens matters. No cuts to state foreign OPS Bill,” followed by the student’s name and Goleta’s zip code.

The photos, along with letters signed by each participant will be sent to Santa Barbara’s Representative Lois Capps asking for her support to maintain or even increase the one percent of the United States’ budget that aids developing countries for improving education, food distribution, and other necessities.

UCSB is not alone on this campaign; campuses across the country participate in the challenge to raise as much awareness as possible through events like the hunger banquet. Congress representatives nationwide will receive hundreds to possibly thousands of letters and photos similar to the ones created in Santa Barbara.

Despite the success of the first event organized by UCSB’s chapter of ONE, the group is still new and hoping to grow in size and strength. At their Thursday meetings, held on the second floor of the Student Resource Building, members discuss issues and plan events to increase campus consciousness of world hunger. Educated and personal choices make a difference in changing the lives of those inflicted by global poverty–and it can start with something as small as a hunger banquet.