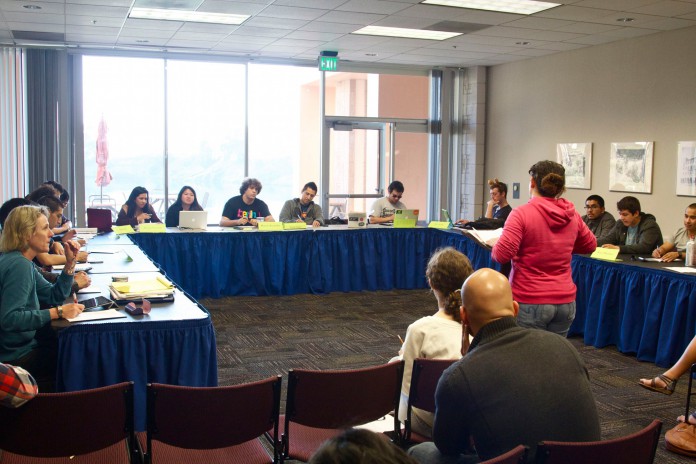 Finance Board, the monetary arm of Associated Students, has exhausted all unallocated funds for Fall Quarter and this trend is likely to continue into Winter quarter.

The board began the year with an unallocated total of $261,143. After designating funds for culture weeks and graduations as well as academic and athletic teams, Finance Board was left with a total of $143,000 for the year available at the request of student organizations. The board granted $36,000 for Fall quarter, but as of week 5, the board’s unallocated account has run out of money for the quarter.

Affects from budget cuts by the state to the University of California and increased student reliance on AS funds are included in a long list of reasons for the deficit.

“I think it was a matter of last year we had more money and I think that groups who have previously depended on fund from finance board came with the idea that would get the same amount,” said third-year sociology major Mayra Segovia, who acts as a liaison between Finance Board and Legislative Council. “We understand that we don’t have that much money so we’re trying to be as fiscally responsible as we can be.”

“I personally don’t see exhausted funds as a bad thing,” said April Gubatina, fourth-year anthropology major and Finance Board general member. “It means that we did fund a good number of events. Groups are going to have to try harder to find the funding that they need.”

Finance Board receives a large portion of its funding from student lock-in fees. That money fills the budgets for the many AS entities and also supplies the salary for AS staff. Money left over is then put into Finance Board’s unallocated funds account.

Finance Board Advisor Cindy Lopez, who has worked with AS for the past decade, said that a lock-in fee initiative passed by students in 2006 generates a significantly larger money supply for Finance Board than in years past.

“I have a real historical perspective on this,” Lopez said. “Back in 2000 we had $100,000 before we passed the student initiative. Once it was passed we had a lot of money to give out. Once there was money students started doing more things. In the last five years we have given out an awful lot of money and supported an awful lot of groups on campus.”

Lopez added that she believed student organizations and committees needed to hold events that are financially sustainable.

With the current financial shortfall, student groups may have to find different ways to fund their organizations and events.

“They are going to need to seek alternative resources of funding whether it’s within AS, different universities departments, the OSL office, or different fundraisers,” Gubatina said. “As much as we would love to fund these groups, they possibly will have to consider restricting and cutting out unnecessary things within their budget- just being fiscally responsible.”

Despite the fiscal gap, Finance Board will continue to conduct weekly meetings Mondays at 5 p.m. in the State Street Room in the UCen.