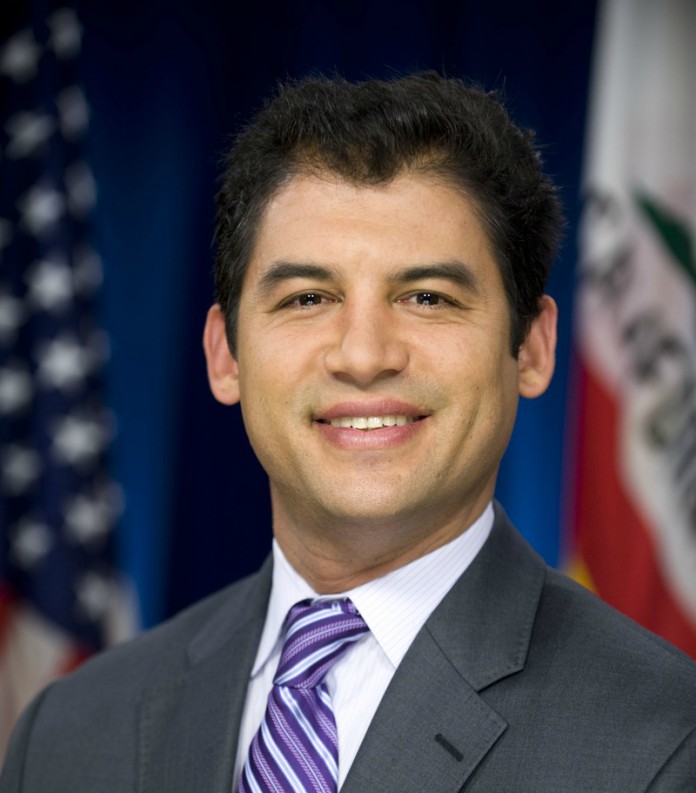 “If you’re not willing to do the dirty work then you shouldn’t be in public service,” said Williams, jokingly.

The democratic assemblyman spent the late part of the morning walking Del Playa Drive and Sabado Tarde Road cleaning up pieces of trash and debris left over from the rampant Halloween weekend as part of Isla Vista’s Adopt-A-Block program.

“I love doing neighborhood cleanups,” Williams said. “And this is well timed.”

Williams, who grew up in Isla Vista, joked that as a child he had to trick-or-treat at University of California Santa Barbara’s family housing to avoid IV’s notorious alcohol-fueled celebration that attracts crowds by the tens of thousands.

“It was a great place to grow up,” said Williams. “IV, contrary to what people think, is a great place. There are great, clean parks. I think it’s become a healthier place.”

Williams smiled, laughed and shook hands with the student volunteers as they came and went. Dressed in khaki pants and a long sleeve shirt, Williams did not look like your typical public servant. But as he spoke and engaged with members of the community, Williams was captivating and he embodied the charismatic personality needed to become one of the most influential politicians in Santa Barbara County. Asked which political issues were most pertinent to Isla Vista, the UCSB Bren School of Environmental Science and Management alumnus said it was incredibly important that the state come up with funding for higher education.

The 10-year-old Adopt-A-Block program is a volunteer effort initiated by Isla Vista’s Recreation and Parks District. As is customary with every year, Adopt-A-Block ramped up cleaning efforts this past weekend in response to the holiday weekend.

Adopt-A-Block Supervisor Lauren Ward said it was Williams’ office who originally reached out to the Adopt-A-Block program.

“As for recruitment, Williams has gotten students interested and supported our program,” Ward said.

Approximately 800 volunteers have lent their time and support since the program began its Halloween cleanup the Saturday of the holiday weekend.

Co-chair of Isla Vista’s Community Relations Committee and liaison to the AS Office of the Executive Vice President of Local Affairs Kaitlyn Christianson expressed gratitude towards local representatives like Das Williams and District Supervisor Doreen Farr for reaching out to the sometimes forgotten student neighborhood.

“It’s hard in IV. We don’t really have representation,” the second-year political science major said. “So I’m glad we have people like Das looking out for us. This event is a symbol of the community. It’s a great representation to make IV a better place.”

Is Crashing Classes The Least Of Our Problems?