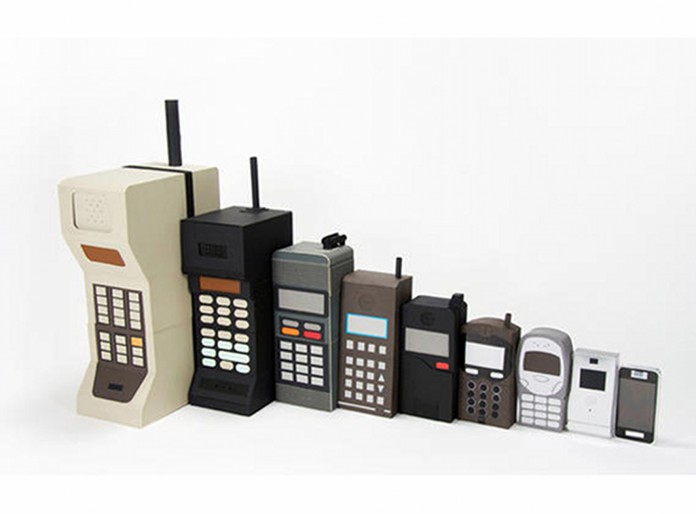 Apple’s CEO Tim Cook unveiled the new iPhone 4S at the “Let’s Talk iPhone” event in Cupertino last Monday. Speculation over an iPhone 5 release has been circulating all year with building excitement from Apple users.

After an hour of boasting Apple’s supreme reign in the world of music players, personal computers, phones and tablets, Apple introduced the newest addition to the iPhone family.

Despite disappointment from many ready to trade in their older models for an iPhone 5, the iPhone 4 holds its claim to fame as the thinnest and best-selling smartphone available, and now Apple has made it even better with a variety of new features.

With a new iPhone comes a new operating system that will be available for iPhone 3Gs and all later models, the iPad and iPad 2, and iPod touch 3rd and 4th generations. iOS 5 improves upon past mobile operating systems with several features, including a notification center, a feature that debuted on Android phones. Alerts used to interrupt games and other applications with pop-ups, but the iPhone 4S will have a slide-down notification center for messages, emails and other notifications.

Other than the new operating system, the iPhone 4S is loaded with new, built-in technology that may excite Apple fans who were hoping for a new phone.

The iPhone 4S is backed by the A5 processing chip, the same chip that powers the wildly successful iPad 2. The A5 dual-processor chip means faster speeds all-around, from launching applications to downloading content.

The 4S also comes with an improved 8 megapixel camera which means a photo resolution of 3264×2448 pixels, which is a 60 percent improvement from the iPhone 4 alone. It also records in 1080p HD video with stabilizing and noise-reduction technology.

Perhaps the signature feature of the iPhone 4S is Siri, a voice command system that can be spoken to like a real person. Siri accepts requests and questions like a real assistant and then confirms the command. It can do everything older voice command systems can, as well as schedule meetings, set alarms, tell you the weather and give you directions. The Apple website features Siri by posing questions that you might ask a real personal assistant, an attempt to make the iPhone 4S more human and personable.

While the world was waiting for the iPhone 5 to be released, it seems the iPhone 4S comes with a variety of features that distinguishes it in the growing iPhone family. While it may look the same on the outside and still bares the iPhone 4 title, the 4S is a cutting-edge electronic in the market with a new processing chip, operating system and improved features to boot. The iPhone 4S pre-ordering began on Oct. 7, and will be shipped beginning on Oct. 14. Phones start at $199 for 16GB with a two-year contract.

For those Apple fans who were waiting to trade in their phone until the release of the iPhone 5, you’ll have to either settle for this new technology or hold off longer, as it will probably be at least until spring of next year before Apple releases a completely new phone.

So why is Apple holding off on the iPhone 5? According to a newsletter released by Will Strauss, president of a wireless chip market research firm called Forward Concepts, Apple is waiting to perfect 4G LTE integration before implementing the antenna in their design. 4G LTE capabilities are not yet found in Apple technologies, though it is on its way to becoming the standard for wireless companies such as Verizon. Strauss says Apple is saving the iPhone 5 until they can make their antennae 4G LTE capable without compromising design.

The iPhone 4S release came just one day before Steve Jobs, founder and past CEO of Apple, passed away at the age of 56 after fighting pancreatic cancer for seven years. Jobs stepped down from his position of CEO in August, leaving the position to Tim Cook. Jobs is listed as inventor or co-inventor of 338 patents and patent applications. He was a pioneer of technology, and left a legacy behind that will be difficult to match.

Whether you are a fan of Apple products or not, Jobs’ death affects the world of technology for all of us, as he provided great innovations through Apple and served as a competitive catalyst for non-Apple technologies. It is true the world is a different place because of this one man, and the technological world joins Apple in mourning his loss as a leader and a genius.