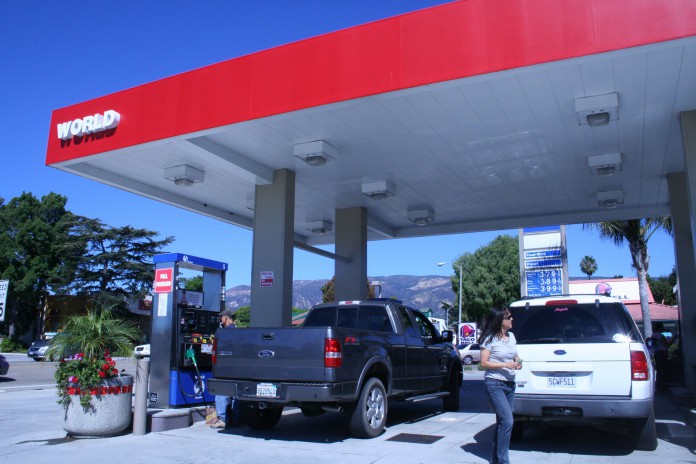 The UC Santa Barbara Legislative Council unanimously voted on October 5 to pass a resolution to endorse Proposition 1481, an oil extraction fee in California that, if approved by voters, would bring in billions of dollars in revenue specifically for the state’s crippled public education system.
The proposition has been coined the Tax Oil to Fund Education Initiative, however a brief history lesson is needed to understand why this bill is necessary for California.
In 1960, then California Governor Pat Brown collaborated with UC President Clark Kerr and other administrators to create the California Master Plan for Higher Education, which echoed California’s commitment to the principle of tuition-free education, establishing that the only fees a student should pay would be auxiliary costs, like housing.
“California’s former governors Arnold Schwarzenegger and Pete Wilson received tuition-free education at Santa Monica College and UC Berkeley respectively,” said Peter Mathews, head proponent of the Tax Oil to Fund Education Initiative and professor of political science. “A UC graduate paid $200 a quarter in the seventies.”
But the days of bell-bottom jeans, flower power and low UC tuition of the 1970s are long gone. Today the cost of tuition per year for a California resident at UC Santa Barbara is $12,192, up 17.5 percent from the previous year, and that doesn’t even account for living costs. Classes have been cut, jobs have been terminated and the prestige of the UC system has been put in question.
“Society makes an investment so that students can compete based on their brains and ability, not the on the size of their parent’s checkbook,” Mathews said. “We don’t want to lose the cutting edge.”
“This is the future of California and the California state economy depends on UC,” said AS Executive Vice President of Statewide Affairs Ahmed Mostafa. “[UC President] Yudof has a plan to make UC $22,000 a year for tuition, and that’s scary. Anyone who has little siblings or wants to have kids in the future should be very concerned.”
The initiative endorsed by the UCSB leg council would place a 15 percent tax per barrel on crude oil and natural gas drilled from California’s onshore and offshore wells, which accumulates collectively $23 billion a year in revenue for oil companies.
All revenues raised by the tax would go specifically to K-20 education in the state. Fifteen percent of $23 billion comes out roughly to $3.45 billion a year – all for California’s public education, which currently ranks 43 in the nation for K-12 per pupil spending.
“I personally think it’s important because it will guarantee money to public education,” said On-Campus Rep. Jonathan Abboud, who authored the AS resolution to endorse the bill. “Our schools are hurting right now.”
As written into the initiative, 11 percent of the revenues collected would go directly to the Regents of the University of California.
“It would go to board of regents and then be distributed for an average of $35 million per UC campus,” said Mathews, who also heads rescueeducationcalfornia.org. “That’s a good amount of money.”
The initiative has brawn too.
The two biggest oil producing states in the nation, Texas and Alaska, have already implemented an oil extraction fee which goes directly to their state education system. As modeled after Texas and Alaska, the California initiative prohibits oil companies from passing the tax on to consumers by raising the price of oil. If this situation does occur, the state attorney general must investigate and fine the oil companies, and return the money to state residents in the form of a rebate check.
Proponents of the initiative say the extraction fee’s investment in education will benefit the state’s economy too.
“Giving money to UC will create jobs,” said Mostafa “UC creates a considerable amount of jobs in California that boosts our economy. If we keep divesting from UC then it will eventually lead to a loss of jobs.”
“I think it would create more jobs, retain those who were laid off, and allow students to graduate earlier by having more classes available,” said Mathews.
The initiative is currently in the official title and summary phase and is expected to be delivered to the Secretary of State of California sometime in November. 504,760 signatures are needed by next spring months for the initiative to be placed on the 2012 general election ballot.
With enough student engagement the extraction fee could become a great short-term solution to California’s long-term budget woos.
“It’s worth getting affordable tuition,” said Mathews. “When students lead, leaders will follow.”