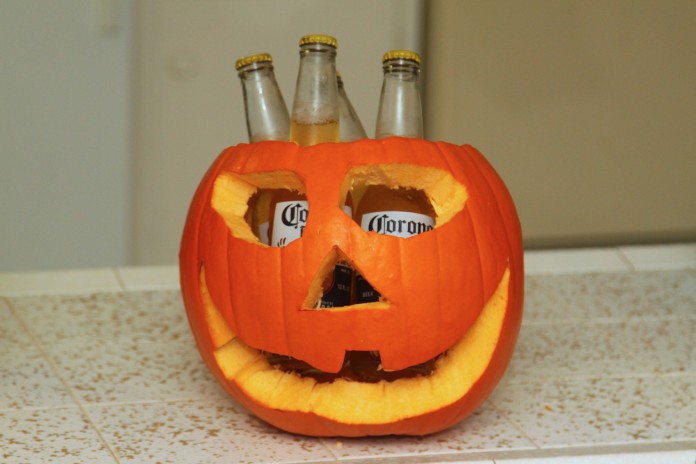 As the infamous Halloween celebrations in Isla Vista quickly approach, an array of attempts by the University of California Santa Barbara to keep students safe and out of trouble have recently been implemented. Various messages to the student body over the recent weeks have indicated the University’s firm stance on alcohol and drugs, particularly around this holiday.

One of the notices the campus community received was a reminder by Michael Young, the vice chancellor for Student Affairs, who wrote about the consequences students could receive if caught consuming or in possession of illegal substances. The sanctions include the suspension of gift aid, loans and work-study funds for a period of one to three years when the conviction is because of the possession of a substance, and minimum of one year when the conviction is due to the sale of illegal substances. Also embedded in the message was a link concerning the school’s illegal substance use policy, a 22-page document. Despite these various warnings, some students still feel like they are not informed enough about the university’s substance abuse protocol.

“A lot of students depend on financial aid money to finance their education. That is something important that should be mentioned not only at orientation, but we should also be constantly reminded [of],” said first year Diana Reyes in regard to the repercussions of getting caught with illegal substances. “I feel like the school is not doing a good job of informing us. Those sanctions would definitely make a lot of people who depend on this money consider [not] drinking.”

Warnings via email are not the only method school officials are using to get their strict stance on substance abuse across to students. Fast approaching is also the deadline for freshmen and transfer students to complete the mandatory substance and sexual education online course. Due Oct. 28, the course reiterates that drinking alcohol is not a smart choice and that students should avoid it to maintain their health. However, while the online program is required, some feel that its effectiveness at keeping students out of harm’s way is debatable.

“A lot of the facts we’ve already learned in high school, and it’s easy to pass without even trying because the questions in the pretest, are exactly the same as in the test,” Amanda Gentz, a first-year psychology major, said. “So as long as you get 75 percent in the pretest, you don’t even have to read the new information.”

Jackie Kurta, the Director of the Alcohol and Drug Program at UCSB, believes otherwise.

“For some, this course could be repetitive, depending in how much information they have had in the past,” she said. “For others, this new information could be helpful.”

Noor Saleh, a third-year english major and transfer student, said that she doesn’t think the efforts to combat partying are very effective, but respects the university officials’ motives.

“I have received emails from the University about Halloween and pacing yourself. They are trying to prevent it but there is not really much they can do,” she said. “I think realistically they are doing what they can, since the people that do want to drink will do it regardless.”

Kurta, in contrast, thinks that the university efforts are paying off.

“The university is continuously working with student organizations to provide alternatives to fill recreational time for students. I think some ideas work better than others, because we are always trying to come up with new activities,” she said.

Lieutenant Ray Vuillemainroy of the Isla Vista Foot Patrol agrees, and thinks that the University efforts have actually been effective at reducing high-risk partying in the community.

“The incidences from Halloween 2009 versus the ones 2010 show a reduction on the high risk behaviors by students in general,” he said.

Whether or not the university’s attempts to prevent students from drinking is effective is a matter of opinion. Regardless, the programs and rules enforcing the concept won’t be going anywhere anytime soon–at least not by this year’s Halloween festivities.