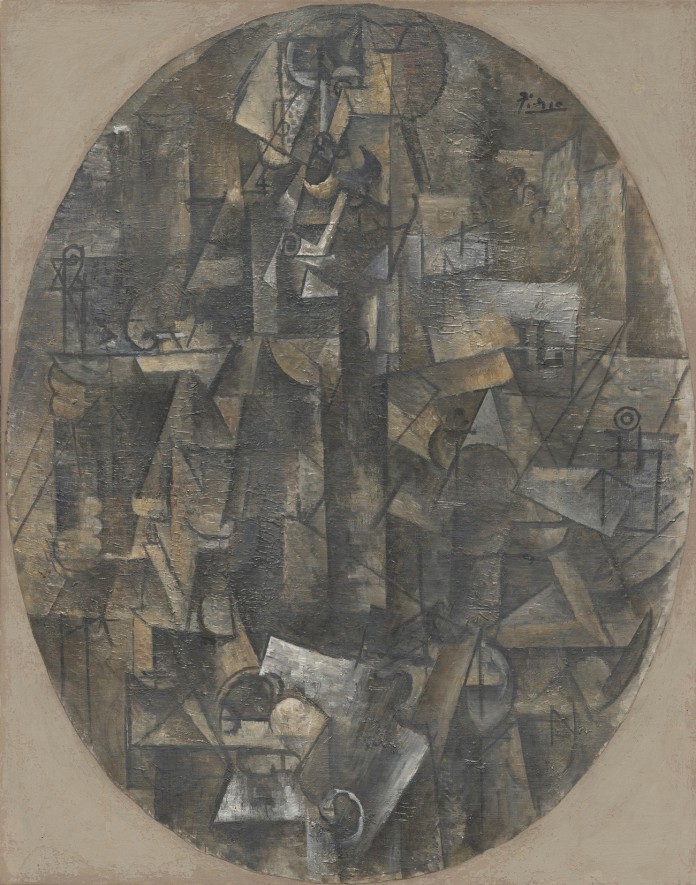 The Santa Barbara Museum of Art’s magnanimous high arches implore any visitor to enter into a space of beauty and thought that makes any art lover’s heart pump a little faster. Its new exhibition, The Cubist Experiment, which runs from now until Jan. 8, 2012, features the most groundbreaking, evocative works of Picasso and Braque that made Cubism a revolutionary art movement. Most of the pieces the SBMA features are from the High Cubist movement, dating from 1910 to 1912. This moment was defined by an artistic friendship between Pablo Picasso and Georges Braque. The two spent almost every night together discussing, drawing, painting and exploring the limits of this iconic breakthrough.

The SBMA’s curator designed this exhibit to look just as Picasso and Braque’s studios had looked at the time the works were created. Adding to the excitement, if you bring a Driver’s License or ID, at the entering kiosk you can trade your ID in for an iPad while you look at the exhibit. Among many other features, the iPad has a feature called “Solve” where one of the works is broken into pieces and you can move and adjust them to try and find the images in the paintings. There is an elusive quality to the complex and innovative invention of Cubism that continues to prod painters, art lovers and thinkers to join in contemplating and attempting to put the pieces together. However, the mysterious qualities of Cubism could make any person shy away without a little knowledge on how to approach it.

The Cubist art movement is one that remains as mysterious and playfully puzzling as it was when it was first developed. Cubism is the art child that was birthed during the most artistic bromance in history between Picasso and Braque. The two first created Cubism in the early 1900s, but it remains one of the most influential art movements of the century. This high art movement created a revolutionary shift in perspective. In Cubism, the subject matter is broken up, analyzed and reassembled in an abstracted form, not unlike that lamp you tried to glue back together when you broke it the last time your housemates went out of town.

Walking through the museum, images of the depressive portrayal of Picasso from Woody Allen’s “Paris At Midnight” fought to enter my head. But the enchantment Owen Wilson’s character feels for Paris during the film is definitely also present in the feeling of the exhibition’s Paris themed pieces.

One piece worth mentioning is Picasso’s “Bottle, Glass, Fork,” created in the winter of 1911-1912. This oil painting is a prismatic still life, reflecting café life. While the painting is visually stimulating, I couldn’t help but think, “If only I could make out the bottle, the glass, and the fork.”

As I stood there turning and twisting my position to find the three items, I realized that the perspective of Cubism is like looking through a shattered piece of glass, and redefining the image. The painting questions you to decipher the images for yourself.

Picasso and Braque left many of their pieces from this period unsigned.

Braque is quoted as saying, “I felt that the painter as an individual shouldn’t intervene and therefore the paintings should be anonymous.”

The removal of the artist’s signature leaves the viewer alone with the work in a way; encouraged to mentally play with the work without the daunting pressure of Picasso or Braque standing over your shoulder. Most of the SBMA exhibit pieces lack signatures, except for one particular work, where a barely visible “G” and a hidden “B”, notably Braque’s initials, were tucked in an upper right corner.

As I stood before Picasso’s last work of the movement, an etching entitled “Head of a Man with a Pipe,” I craned my head, trying to see the piece from an upside down perspective. Moments later, an older gentleman approached the same work and tried the same thing.

After an uneventful minute, he shook his head and politely said before walking away, “It’s hard to see the pipe.”

I mustered a response in the spirit of Cubism, “Exactly.”