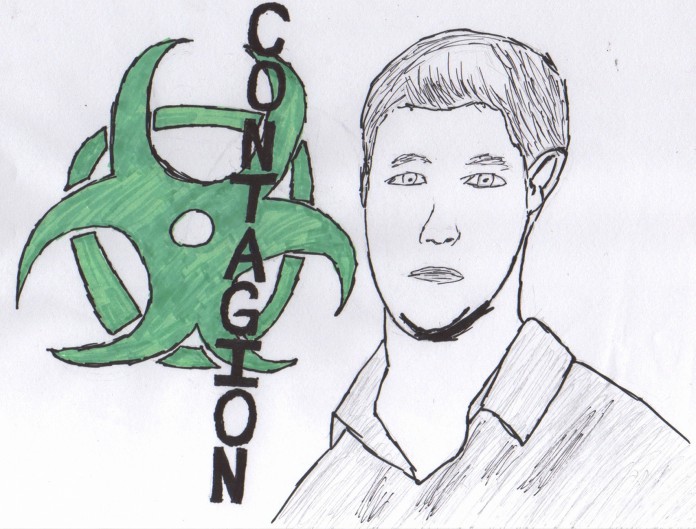 “Contagion,” director Steven Soderbergh’s attempt at the disease-epidemic drama sub-genre, has infectious effects of its own. Likely symptoms include, but are not limited to, yawning, iPhone surfing and frequenting the restroom.

You might think reasonably enough that the story of a planet struck by catastrophe must be inherently gripping and engaging. After all, the film places in peril all of civilization. How could anyone fail to be intrigued by that? But this is the wrong question to ask. It is not the audience who fails in relating intimately with the tragic images on screen; it’s the screen that fails to move the audience.

The opening scene, marked by the words “Day 1” across the screen, depicts a typical morning in the people-dense city of Hong Kong where mothers and daughters, headphone-wearing teens and businessmen bustle alongside one another. Their proximity is unnerving: one stubborn cough; one unshielded sneeze; just one nasty virus and this city could keel over. Which is precisely what happens, and predictably, all that happens. “Contagion” is a dull cascade of people getting sick and getting other people sick and other people worrying about getting sick.

As with most unexpected disasters, the movie starts off unremarkable and unassuming. With a slight cough, a businesswoman named Beth Emhoff (Gwyneth Paltrow) waits for her flight home in a Hong Kong airport lounge. When she returns home in Minnesota to her husband Mitch (Matt Damon) her condition is worse. By the next day she’s utterly pale, and while trying to drink her coffee, she collapses and begins to seize and froth at the mouth. After a night hospitalized, she’s pronounced dead.

One immediately questions Soderbergh’s choice to kill off this star so soon. Perhaps to emphasize the blind and indiscriminate lethality with which a virus strikes? In any case, other much renowned actors also are placed at the mercy of the uncontrollable virus. Laurence Fishburne and Kate Winslet both play doctors working for the Center of Disease Control. The handsome Jude Law plays a conniving web journalist who prizes viewers over veracity. And Marion Cottilard, who was brilliant in 2010’s “Inception,” takes the role of a level-headed disease control expert working for the World Health Organization. Along with the seasoned Matt Damon, this film wields a formidable cast. Unfortunately, their combined performance is thoroughly lackluster and sprinkled with contrived and flat dialogue. The science behind the viral outbreak as well seems shallow, as if conjured by an undergraduate biology student.

Ultimately, the essential problem that “Contagion” fails to wrestle down is how to dramatize the assault of a faceless enemy. Since there’s no tangible antagonist, there’s consequently no real protagonist either. We’re left with no idea to stand behind, no hero to root for. Soderbergh certainly recognizes this, and certainly tries to cope, but he just can’t seem to fit the pieces right. Containing a global epidemic requires immense collaboration and cooperation, deal-making and deal-breaking. There’s a real opportunity to showcase wide scale human interaction in dire urgency, but it is simply overlooked in favor of focusing on less consequential, and therefore less interesting, peripheral dramas (one telltale example being the refusal of Matt Damon’s character to let his daughter be with her boyfriend from fear of infection).

It’s evident that Soderbergh tries to instill in “Contagion” the truth of an epidemic’s horrifying banality. Very frightening indeed is the prospect of an innocent sneeze evolving into a monstrous and decimating, virulent attack. But in the end, Soderbergh’s treatment of the subject is ineffective and unmoving. Rather than terrifying you to the point that the sound of a sneeze causes you to hyperventilate, the extent of its impact goes only so far as to maybe make you consider buying a travel-sized bottle of Purell. Maybe.