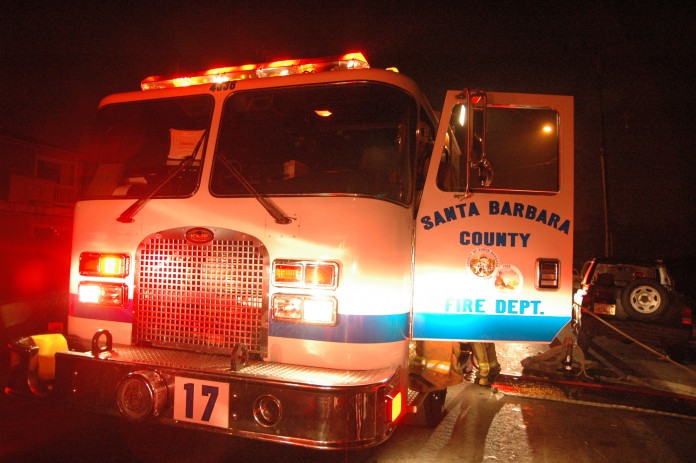 On August 14 at 2:30 a.m., a 19-year-old Santa Barbara City College student broke into a house on the 6600 block of Del Playa Drive. He removed various items and set a plant on fire before exiting the property.

Anthony Rum, a fifth-year Environmental Studies major at UCSB, was in his room when a light went on in the house downstairs. “I called out Kevin, my roommate’s name. I came downstairs to find a stranger in our house,” said Rum. He questioned the stranger, asking him what he was doing in the home. It became apparent the stranger knew no one living there. Rum escorted him out of the house.

At the same time Evan Simoni, a fourth-year Sociology major, opened his bedroom door to discover a wall of smoke. He quickly called the police and reported that the house was on fire.

As Rum walked back, he saw smoke flooding out through the door of the back of the house and Simoni standing outside on the phone with the police. Rum grabbed the fire extinguisher.

“After I put the fire out I realized it was no coincidence there was a random guy in our house the same time the fire started,” said Rum. “I left to chase down the man I had just kicked out.”

Fire trucks and police cars arrived at the scene. Rum pointed the offender out to a nearby officer and explained that he had just been in the house.

The officer questioned the offender, but he denied any wrongdoing. After questioning him the officer checked his pockets and found an Access card belonging to Rum and a camera lens, the owner was later identified as a friend’s.

Lieutenant Ray Vuillemainory of the Isla Vista Foot Patrol said, “the house had been ransacked. It appeared he [the offender] was stockpiling items.”

The offender left two unopened beer containers in the downstairs bathroom and had set fire to a plant on top of the stove in the back of the house. He also removed a bottle of shower gel from the restroom and squirted it over the dining table and floor spelling out the letters “FU.”

“He was not drunk to the point that he would be arrested for public intoxication,” said Vuillemainory.