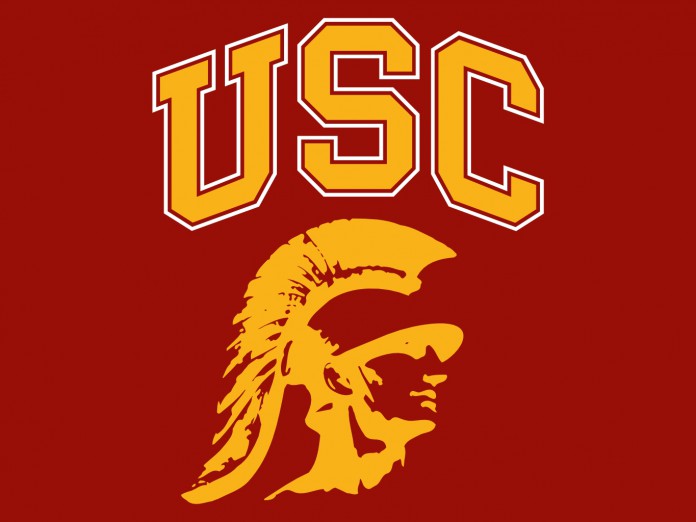 I love a good, dirty joke. I’ll admit it. It’s not my most redeeming quality, but hey, we all have our faults.
When I heard about this University of Southern California fraternity member who sent out an e-mail to fellow “brothers” about sharing sex stories, I shamefully thought that it might be ridiculously funny.
I could not have been more wrong.

Easily, the worst part of this article is the length of it. The fact that someone put that much time and effort into creating something so frighteningly disgusting is really sad. If the author had any brain at all, which I am assuming he does considering he got into one of the most prestigious colleges in the nation, he should probably redirect that “creativity” into something that is actually creative.

The idea of the e-mail was to create a “Tucker Max” inspired chain in which frat brothers would tell epic tales of defiling women. Tucker Max is a self-proclaimed ass. He knows it, the girls he hooks up with know it, and he even named his second book after being one. It doesn’t justify how he treats women, but at least no one is in the dark about what they are getting into.

This e-mail was written in a malicious way. The point of story telling was to point out which girls were easy and which ones weren’t. That way the frat brothers could pass around girls as quickly as a beer bong.
It was intended for guys to hook up with innocent, unknowing girls and then not only tell their friends about it, but to present it in a way that labels women as “targets.” It even follows a rigorous new vocabulary list that would have Webster rolling over in his grave.

A rating system is evident as well, which the author includes merely to take the time to boast that he’s had sex with more than 50 “pies.” Read: no one’s impressed. I understand that guys (and girls) have “rating systems,” but this one was outright ridiculous. A rating of a six entails, “Date status. Be careful when you cheat, but still cheat.” Who gives advice like that? Even worse, who follows that? This guy is essentially encouraging college guys to detach themselves from any sort of moral or emotional code they were raised with and bow down to him and his ill-written “rules.”

As if that was not extensive enough, he even shoots a low blow to women’s races. He uses a “pie code” with different pies pertaining to specific races. He even directly insults Middle-Eastern women.

I’m not quite sure what exactly he intends to get out of this little project of his. Had this e-mail not been leaked, and had the “gullet report” actually taken flight, who even wins in the end? The guy who wastes all of his time and energy by having meaningless sex and then writing about it in such an elaborately complicated language? Oh yeah, I’m sure that guy will go places in life; white picket fence and all.

People who look up to figures like Tucker Max are incredibly naïve. Tucker Max is not a role model by any means. Since when is demoralizing women in vogue? I have news for all those that think this is cool: having sex isn’t a game. Games require winners and losers, and as far as I’m concerned, no one ever got a prize.

In fact, had this sort of behavior become the norm, guys and girls alike could end up seriously hurt. I don’t care who you are: you’re still a human being. Emotional damage can go both ways in situations such as these, and mistreatment of women is nothing to laugh off. Rape, violence, sexism, and objectifying do not make for slap-your-knee funny stories. In fact, it’s quite the contrary, and should not be taken lightly.
His idea of robbing women of their innocence and making a mockery of it is just a poor reflection on men. Men get a bad rep enough in the college sex world as it is, they certainly don’t need this nobody adding to this negative image.

While I am still sick to my stomach after reading this e-mail, it does give me great contentment to know that the only “pies” these idiots will be getting their hands on will be store bought from the nearest Costco.