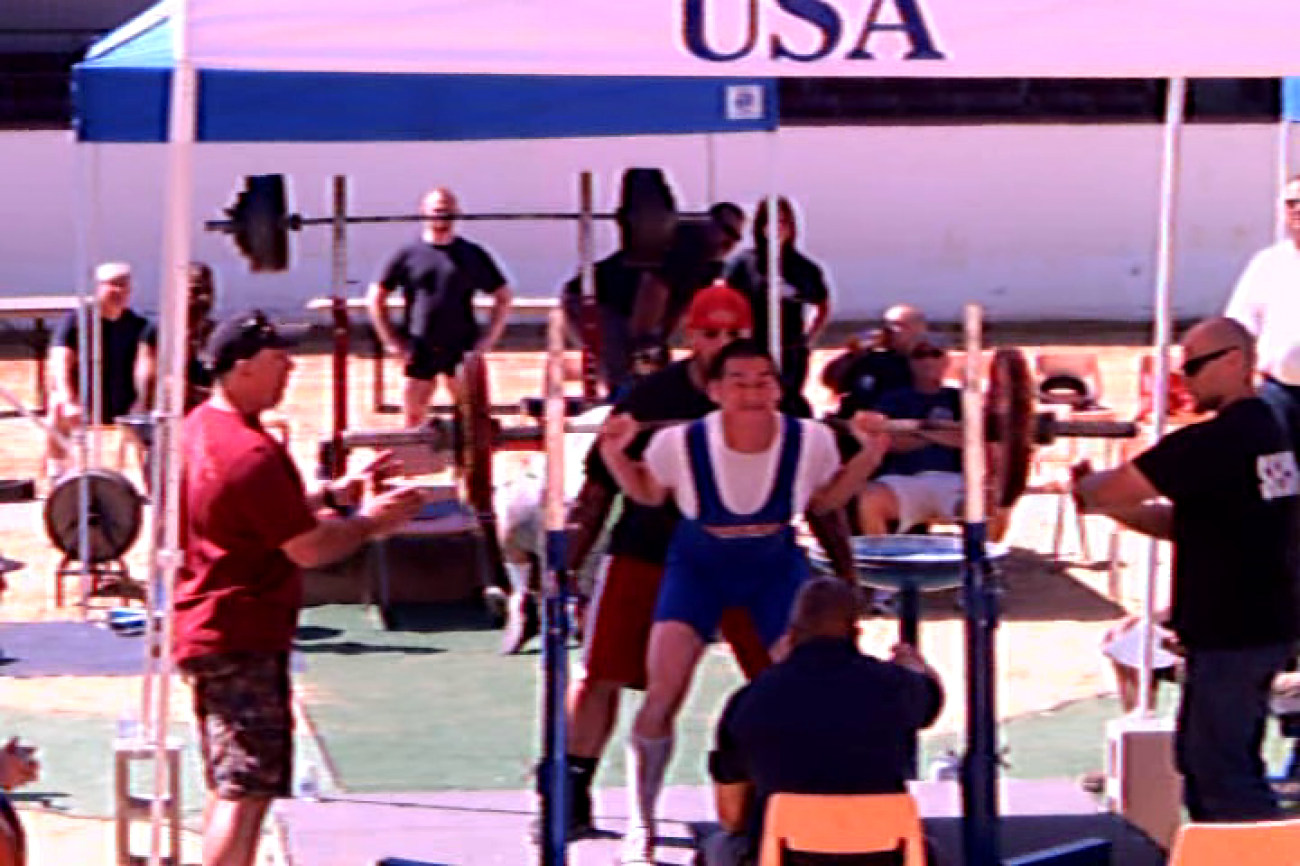 With the Recreation Center filled to the fire hazard limit practically every night of the week, most people are able to appreciate staying in shape. But two men have taken the healthy lifestyle and have pushed their bodies even further.

At 174 pounds, UC Santa Barbara third-year Roger Ngo power-lifted 352.6 pounds for squat, 214.9 pounds for bench and 407.9 pounds for deadlift at the Santa Barbara Open: Power-lifting Championships over the weekend, earning him a Gold medal in Open Men’s 181 Division in his first competition. About 50 competitors were at the Earl Warren Showgrounds on April 30, power-lifting in front of three referees.

“It was a successful day for [me],” Ngo said. “I was hydrated, I was never hungry and I powered through everything without a hitch. I was a lot stronger than I thought I would be.”

The competition lasted eight hours with three tries for squats, bench press and deadlifts. Each competitor did an event once, and after everyone went they would go for their second try and then they would repeat it for their final attempt.

An entry fee is required for participants, which goes towards paying for the venues and referees as well as a membership fee to be a part of USPA.

“This allows us to send certified referees [to meets], which brings credibility to the sport and the organization,” Denison said. “When [someone] lifts 500 pounds you know they benched correctly and followed the rules. This helps the organization and helps expand the sport.”

Ngo noticed the audience was mostly friends and families of the lifters but the audience cheered every participant on, not just their own families. The crowd’s support helped Ngo’s morale at the competition as well as his training partner, Peter Voong.

“Over the summer, we would go lift three times a week. We wanted to improve weekly in lifts such as the deadlift, barbell benchpress, incline barbell bench press, squats and barbell rows,” Voong said.

Ngo and Voong do heavy lifts on Monday, lighter lifts on Wednesdays and set new personal records on Fridays.

“Power-lifting requires you to focus on different things. You work from high repetitions [of a weight] to a strength phase to a power phase. You may do eight reps of a weight for a couple of weeks then do three reps. As you go down in reps, you go up in weight,” Denison said.

Ngo considered competing last year, after watching YouTube videos of lifters and made it part of his 2011 resolution to be in a power-lifting competition. What helped Ngo win Gold in his division was just doing what works for him.

“After my third squat I decided to go at my own pace instead of trying to beat everyone else,” Ngo said. “The whole point of me competing was to break my own record and to cheer everyone else on because they want to beat their own record too. I realized having fun as a first time participant was more important than trying to lift too much.”

Both Ngo and Voong emphasized the importance of executing lifts correctly to prevent injuries and Denison agrees.

“There is no magic formula to getting strong. It requires putting forth great effort and learning proper technique and form,” Denison said.