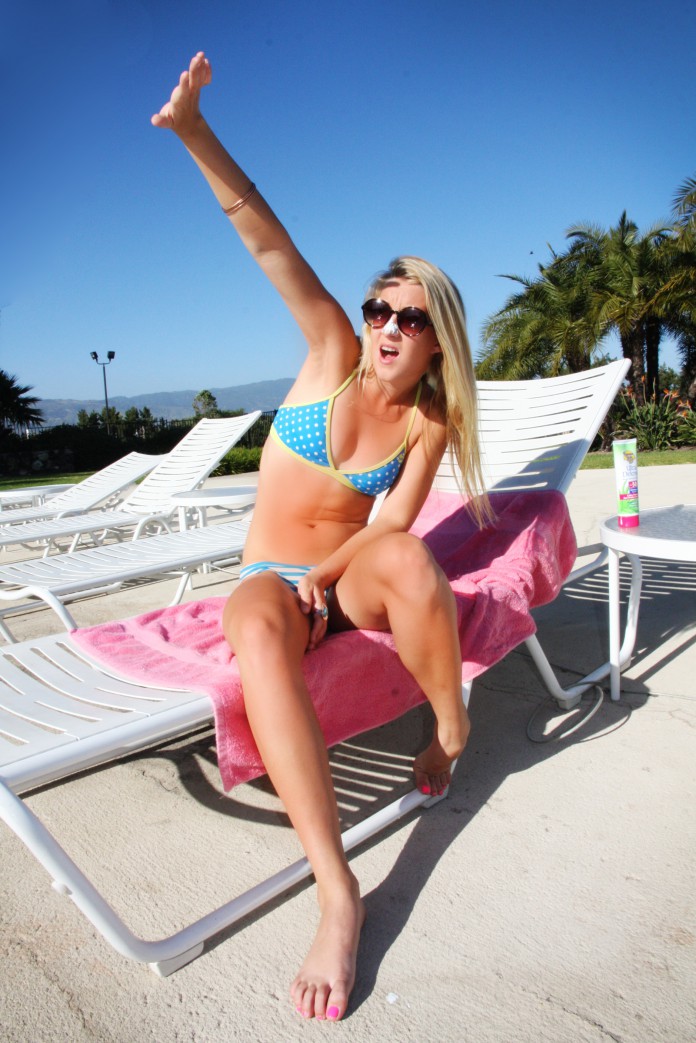 Santa Barbara in the summer—it’s a thing of beauty that people write songs about. On this side of paradise, the sun dances across the ocean and sweet smoke from beachside barbecues waft through the salty air. During these dazzling months, bathing suits and Rainbow flip-flops are the only apparel you ever need. But before you soak up the bright, golden rays, what about soaking up a little SPF?

When taunted by a pretty day, it’s easy to bolt outside and forget to apply sunscreen. Anytime the temperature exceeds 70 degrees in Isla Vista, many students will throw on their bathing suits and lie outside. After all, American society promotes a glowing tan as a great accessory. A study by the American Academy of Dermatology (AAD) revealed that 66 percent of women between the ages of 14 and 22 thought people looked better with bronzed skin.

Hence, most students don’t bother with sunscreen. The complaints are similar: sunscreen is greasy, grimy, gross and it takes too much time to apply. However, the AAD recommends wearing a broad-spectrum, water-resistant sunscreen with at least 30 SPF year round.

But what does that even mean?

A “broad-spectrum sunscreen” protects skin from both ultraviolet A (UVA) and ultraviolet B (UVB) rays from the sun. Exposure to UVA rays causes skin to age faster because it leads to sunspots and wrinkles, while exposure to UVB rays burns skin. Both forms of rays can lead to skin cancer.

It is important to then note that the same SPF can react differently on people depending on how quickly they burn. However, this system only measures protection from UVB rays. There is no standardized rating system for UVA rays that the Food and Drug Administration has approved.

Dermatologists recommend applying sunscreen 15-30 minutes before going outside and reapplying it every two hours. Even water-resistant sunscreen can rub off. Because UVB rays can penetrate glass, the AAD recommends wearing sunscreen on skin not covered by clothing when staying indoors.

However, most students don’t even apply sunscreen when outdoors.

“I wear sunscreen on extra sunny days when I’m going to be outside for a long time,” said Marise Thadani, a second year physical anthropology major. “Otherwise, I don’t really wear it.”

Also, many acne creams make skin more sensitive to sunlight. Check the warning label of these medications to see if you are at a greater risk.

That being said, there is no way to tan safely. Tanning accrues damage to the skin which can lead to skin cancer such as melanoma, the most serious type of skin cancer. Additionally, a Swedish study showed that exposure to UV radiation at an earlier age increased chances of developing melanoma.

Doctor Ronald Moy, president of the AAD, said that despite young women knowing the risks of tanning, they continued with the activity.

“Our survey confirms that teens are more concerned with their current looks than their future health, even though they realize that skin cancer is a risk factor of their behavior,” said Moy. “If this behavior trend continues and young women’s attitudes toward tanning do not change, future generations will develop more skin cancers earlier in life and the consequences can be fatal.”

When 2 million cases of skin cancer are diagnosed in the United States each year and sun exposure is the most preventable risk factor, suddenly applying sunscreen doesn’t seem too hard.

A student who wishes to remain anonymous said that she was not very meticulous about wearing sunscreen until a bad burn caused all the skin on her face to peel off. Since then, she does not take a step outside unless she wears sunscreen.

So the next time the Santa Barbara sun makes an appearance, think twice before rushing outside without sunscreen. If the greasy, grimy, gross goop prevents wrinkles, skin aging, and cancer, it may be worth the extra few minutes it takes to apply.